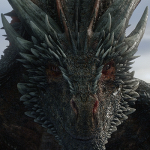 Hi, welcome to Game of Thrones Wiki! Thanks for your edit to the Lyanna Stark page.

Enjoy your editing and please leave a message on my talk page if I can help with anything! Ragestorm (talk) 21:35, November 5, 2015 (UTC)

- she seems to say to littlefinger "time has counted on her"

- moreover warned himself even littlefinger about the threat to him, it would have been surprising considering the person that he does nothing. Rise akainu (talk) 12:07, March 25, 2018 (UTC)

Retrieved from "https://gameofthrones.fandom.com/wiki/User_talk:Vampire8?oldid=372468"
Community content is available under CC-BY-SA unless otherwise noted.