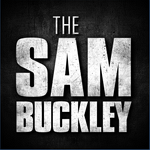 Hi, welcome to Game of Thrones Wiki! Thanks for your edit to the File:TTG GoT Your Story Begins.png page.

Hi there. Thanks for your recent contributions; do you think you'll be sticking around when the video game is released?--Ser Patrek, the Wolfskinner 19:15, November 27, 2014 (UTC)

Hi. We only list a character age if it's been directly stated in the TV series canon - or if we can work out what it is based on mentions (Tyrion never says "I am 37" but they do say "Cersei was four years old when Tyrion was born", thus we took Cersei's age and subtracted). That's why we don't list Margaery's exact age.

I've been trying to piece the Timeline together in the TV continuity. Major problem was that they never state exactly what year it is in the TV series (in the books, Joffrey dies on new years' 300 AC).

This was due to Robert's Rebellion being 17 years long instead of 15, but they didn't say if it started earlier or later in the TV continuity.

...ultimately settled on "both the TV series and books start in 298 AC" due to the fact that props in Season 1 say this, such as Jorah Mormont's pardon (though the props people might not have thought this out...it was better than nothing).

Other problem is that the TV series itself has been pretty consistent that "one TV season equals one year" which was not always the case in the books (due to having child actors who age at a rate of a year a season). Thus if Season 1 is 298 AC, then three years later Joffrey dies in 301 AL, not 300 AC.

Please don't add "TBA" to empty sections, take the time to write a proper biography. It's also not necessary to change character episode counts after every episodes. Ideally, the final number of episodes a character appears in should only be added after they've been permanently written out of the show, but this has become something of a runaway train on this wiki. Please help me slow it down.--Ser Patrek (talk) 10:11, April 13, 2015 (UTC)

Retrieved from "https://gameofthrones.fandom.com/wiki/User_talk:TheSamBuckley?oldid=308596"
Community content is available under CC-BY-SA unless otherwise noted.