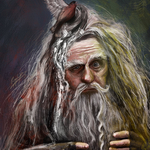 Hi, welcome to Game of Thrones Wiki! Thanks for your edit to the Daenerys Targaryen page.

Retrieved from "https://gameofthrones.fandom.com/wiki/User_talk:Radagast_l%27animal?oldid=346872"
Community content is available under CC-BY-SA unless otherwise noted.