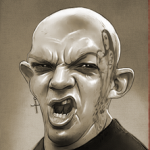 Hi, welcome to Game of Thrones Wiki! Thanks for your edit to the User:Nazul Rostello page.

Enjoy your editing and please leave a message on my talk page if I can help with anything! The Dragon Demands (talk) 17:24, November 27, 2013 (UTC)

Thank you for your initiative in making a Drowned God template. I didn't know if enough users wanted one to expend effort on making it before. That should cover the four major religions in the TV show...--The Dragon Demands (talk) 20:39, November 27, 2013 (UTC)

Strike-throughs on battles and wars

Why she is not "Sansa Lannister"

Regarding Alton and Cynda Lannister

Yes, they are different characters, quite farther from the "main branch" Lannisters than Cleos and Genna. Alton and Cynda were created not to waste time explaining why a Frey is fighting for the Lannisters when Freys are at that point in the narrative on Robb's side.--Gonzalo84 (talk) 14:57, January 15, 2014 (UTC)

Please be advised that all images uploaded to the Game of Thrones Wiki must be provided with relevant copyright information, including: the permission of the original author or artist, the most up-to-date license tag, and any specific categories to which the image belongs. The fan-art that you've posted on your user-page needs to be provided with this information, or it will be subject to deletion. Please let me know if you need any help with this. Kind regards.--

That's fine, as long as the necessary information is provided to the image file page, which I see you have done. Can you please do likewise for the other piece of fanart on your page? Also, please remember to sign your talk-page posts with four tildes.--

"The only reason why the Lannisters dominated the South rather than the Tyrells is due to Tywin being a magnificent political strategist. "

No. Tywin is only alive in the current generation...how would that explain how the Tyrells never conquered the Lannisters for many centuries? The Reach never conquered its neighbors because, while it can raise nearly twice as many soldiers, it also borders twice as many hostile kingdoms as any other (it's sort of like medieval France in that respect). Second, during Tywin's lifetime itself, the Tyrells wouldn't attempt to conquer the Westerlands....when they're all servants of the Iron Throne?--The Dragon Demands (talk) 02:29, January 20, 2014 (UTC)

That makes sense. The Reach indeed the most populated region in the south and about half the size of The North. Nazul Rostello (talk) 19:38, January 20, 2014 (UTC)

The Gardeners once tried to conquer the Stormlands, only for the Lannisters to take the chance and sneak on them from the North.--Gonzalo84 (talk) 05:18, January 21, 2014 (UTC)

"Titles" such as king, maester, septon, or khal do not go inside of article tiles or links. It would kind of make it easier to distinguish "Maester Aemon" by making that the title of his article, but it has long since been decided that this would mess up the consistency of how we treat other characters with titles in front of their names.--The Dragon Demands (talk) 16:34, January 27, 2014 (UTC)

Cersei's children such as Joffrey are not the "bastard nephew" etc. of Renly or Stannis. They're not their nephews at all. Please fix your additions.--The Dragon Demands (talk) 21:53, February 2, 2014 (UTC)

You wrote on the Robert Baratheon page that Samwell Tarly is his nephew:

This is a grievous error.

You also added that Sansa Stark is Robert's sister-in-law. First, sister-in-law or brother-in-law shouldn't really be listed for people who married after others died -- it's the relationships that were relevant to the person while they were alive.

But with Sansa specifically....there is no way that she could be considered the sister-in-law of Robert. Tyrion is Robert's brother-in-law, but the spouse of an in-law is not themself considered an in-law (compounded by the fact that they married after Robert died).

Nevermind. I spent hours trying to find out about Baratheon-Lannister relation from the books, not to mention the Baratheons being the extended Targaryen descendants making me confused.--Nazul Rostello (talk) 22:18, February 8, 2014 (UTC)

...the Baratheon-Lannister relationship in the books from the Great Lineages book wasn't specifically mentioned aloud, and unless visible in a screencap of the book page, isn't yet established in the TV series.

We ourselves have been confused about the Baratheon-Targaryen relationship since Season 1, given that they retconned it so the TV continuity officially doesn't include King Jaehaerys II Targaryen: the writers themselves appear to have left this in a limbo state, an unresolved open question of how the Baratheons intermarried with the Targaryens in the TV continuity (or even if they DID - they simplified the story so as not to confuse new viewers, only gradually revealing all of the inter-relationships). The question of the Targaryen-Baratheon relationship is near the top of the list on unanswered questions which we've tried to get the writers to answer (the most I got in a WiC.net Q&A with Cogman, to my question about Jaehaerys II, was a curt "yes" -- I don't think even the writers figured out the long-term ramifications of that just yet. Leave the Targaryen-Baratheon stuff blank for now.

This wiki is more than a long list of interrelationships. The infobox of relationships should only be the most important....that is, someone like "Daenerys Targaryen" shouldn't have every known Targaryen ancestor in her infobox dating back in an unbroken chain to Aegon I.

Other parts of the wiki are rotting on the vine and haven't been updated since Season 3 - I'm very busy with my thesis and can't get to them. Updating all character biographies through the end of Season 3, updating the later half of Season 3 episode articles, etc.--The Dragon Demands (talk) 23:00, February 8, 2014 (UTC)

Maiden and married names aren't very common in Westeros? It seems to mostly be an identity thing with Catelyn being very comfortable both as a Stark/Tully. Cersei had nothing but contempt for Robert so she didn't officially call herself Baratheon. Cersei is referred to as a Lannister to emphasize her relation to that family. Whenever noblemen feel the need to emphasize her connection to King Robert they don't have to refer to her as a Baratheon, they just call her "Queen". Nazul Rostello (talk) 23:38, February 11, 2014 (UTC)

She's Cersei Lannister on the account that, even though the Baratheons are the royal family, Lannisters are a more ancient name.--Gonzalo84 (talk) 03:18, February 12, 2014 (UTC)

There is no such thing as a "granduncle" or "grandnephew".

Due to the sheer size of House Frey, do not make a definitive list of all Frey relatives in the "Family" section of the character infobox. Mention their relation to Walder, their mother if known, and a few of the more important features. The more important Freys such as Lame Lothar or Black Walder should probably get a bit more detail, but an infobox on say, Merry Frey doesn't really need to explain how she relates to Lame Lothar.--The Dragon Demands (talk) 01:05, March 14, 2014 (UTC)

It's been three weeks and you've done nothing to fix the Frey infoboxes. You should not include such a minor character as "Janeya Frey" in the Roslin Frey infobox.--The Dragon Demands (talk) 02:54, April 4, 2014 (UTC)

Fixing up the infobox family sections

I'm going to start fixing up the family infobox sections. They got a bit too long for some.

Some general points to fix which you should keep in mind:

1 - specify whether someone is an aunt/uncle "by marriage" or nephew/niece "by marriage" 2 - If two characters are first cousins, write it out as specifically "first cousin", not just "cousin". Sometimes minor characters are identified as a "cousin" but they don't specify the degree. Some of the larger noble families (such as the Lannisters and Tyrells) have second and third cousins in the books. Also good to specify "paternal grandfather" vs "maternal grandfather" etc.

I don't think there was anything else specific, other than I need to shorten some of these to the relevant ones (the Freys are the worst for this kind of thing).--The Dragon Demands (talk) 02:02, April 4, 2014 (UTC)

Okay thanks for working on the ones you've been able to. I think all of the TV characters are updated to what they should be for now, anything more would be extraneous -- historical characters mentioned in passing aren't as big of an issue (the general rule of thumb is that if it's a minor character barely mentioned or who doesn't actually appear on screen, space isn't an issue. But like "Tyrion Lannister" or "Arya Stark" shouldn't list 20 separate things. The Freys are their own separate issue we'll have to get around to that, but I wouldn't list the minor Frey girls from "The Rains of Castamere" on the other Frey pages (except for the minor Frey girls who were sisters).

You're welcome. I wonder when will the production team introduce Euron/Victarion? I bet they have tons of actors in mind for them. IMO, Vladimir Kulich would be a great choice for Victarion. As for Euron, he needs to be similar to Pascal (Oberyn Martell); someone who is nearing or over 40s, but still looks younger than Malahide (Balon). Nazul Rostello (talk) 18:50, April 6, 2014 (UTC)

I tried emailing you the other week in regards to an exclusive opportunity; hopefully, it’ll be of interest! In conjunction with Telltale Games, Wikia will be working to create a unique experience for visitors of our Game of Thrones community, specifically the pages centered on the episodic Game of Thrones: A Telltale Game. I wanted to see if you'd be interested in joining us.

I’m contacting select fans of both the HBO series and the Telltale Tale Games series to see if they’d like to help with this initiative, and your Wikia activity identifies you as a great prospect. Participation in the project will involve sneak peeks at upcoming episodes, exclusive access to game developers, and other great perks not available to the general public.

Interested? If so, the first step is to join us in the Wikia Fan Studio -- the virtual environment where our project will take place.

You should’ve already received an invitation to register; if you haven’t, please do let me know and one will be sent promptly. Even if you aren't interested in this particular project, registering with the Fan Studio will allow us to match you with other upcoming projects that could be a great fit!

Remember, you’re never under any obligation to participate in a project, and the info you provide is kept in accordance with our privacy policy.

And please do refer any other Wikia community members you think might be a fit for this program by passing along a link to their user page. We value your opinion and want to insure the best candidates are invited into this project.

Let me know if you are interested or have any questions,

Retrieved from "https://gameofthrones.fandom.com/wiki/User_talk:Nazul_Rostello?oldid=169328"
Community content is available under CC-BY-SA unless otherwise noted.