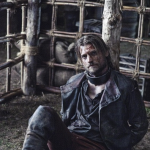 Hi, welcome to Game of Thrones Wiki! Thanks for your edit to the Winter is Coming (episode) page.

We've decided to hold updating with the leaked second episode until it airs on HBo USA on Sunday. Please don't add any more information from it.--Opark 77 22:01, April 4, 2012 (UTC)

Where does Willem Lannister appear in "The North Remembers"? Have you got a source to assert that Dennis Stokes is playing him?--Opark 77 22:13, April 4, 2012 (UTC)

In "The Nights Land" the boy bring Cersei and the counsil the message from The King of The North, when they send him back, Cesei and Tyrion call him cousin. So I looked in A Clash of Kings in the Lannister House, and their stood "WILLEM, twin to MARTYN, a squire, taken captive at the Whispering Wood". And Dennis Stokes is the only male, who is in both episodes, we haven't identified. But I can be wrong, but it makes a lot of sense. If it's not Willem, so it's Martyn. No other cousin in the book can I see that it could be. --Mesmermann 00:13, April 5, 2012 (UTC)

Okay, the boy isnt Dennis Stokes, because he is. So the boy is a statist, but they still call him cousin, so he's either Martyn or Willem Lannister. --Mesmermann 00:29, April 5, 2012 (UTC)

Thanks for your help finishing off the new cast member articles for the latest episode and for uploading File:DarrenKilleen.jpg. However we have a few requirements for images. Please could you add:

Please remember to categorize your images. I've just added categories to File:DavidCoakley.jpg and File:Drennan.jpg. Thank you for your ongoing work keeping us up to date with actors and characters.--Opark 77 15:45, May 19, 2012 (UTC)

There are loads of connections to the history of our world but almost always analogous ones that suggest it is a different world rather than an alternate pre-history for us. I was watching an interview with Bryan Cogman via Winter is Coming.net earlier that had an interesting call in from a guy who runs a website devoted to the historical source of things in the series.--Opark 77 19:46, April 18, 2012 (UTC)

Thanks, I also thought a little geographically, because if you look at this map , one can with a little imagination to see the looks a bit like the world. Essos is Europe, Westeros is North and South America, Sothryos could might be Africa. --Mesmermann 19:58, April 18, 2012 (UTC)

Unlike Tolkien's Middle-earth, which is explicitly supposed to be set in a lost historical age 6,000 years ago, author George R.R. Martin has explicitly stated that the world of A Song of Ice and Fire is a fictional fantasy world removed from our reality, not meant to take place in a lost historical age. Further, Martin has also said it isn't like the "Dragonriders of Pern" series, in which what was thought to be a fantasy world is actually a space colony on a distant planet, originally settled by colonists who wanted to reject technology after a big war -- everything in Pern is supposed to be explainable by science (genetically engineered dragons, etc.) and its set in the future. Game of Thrones is completely set in an alternate/secondary or fantasy reality which doesn't correspond to our own. --The Dragon Demands 23:09, April 18, 2012 (UTC)

Martin worked in many analogies, but they're just analogies: these can be cultural, religious, or even geographical. For example, the "Faith of the Seven" serves as this world's analog of the medieval Catholic Church, so they can still have knights and such. At its most basic, Martin has given the initial description of the series as "loosely inspired by the War of the Roses", an English civil war in the 1400's after the Hundred Years War ended. Some parts of the series are essentially, "hey, what if Britain was the size of South America so bigger armies could fight in the War of the Roses?" (Westeros is stated to be roughly the size of South America). -->The "Seven" Kingdoms of the First Men are a reference to the Anglo-Saxon Heptarchy, the seven small nations that the Anglo-Saxon invaders carved out of Britain after the Romans pulled out. The "Andals" who staged an invasion are a reference to the "Vandals" who invaded Rome. Aegon the Conqueror and the Targaryen Conquest of Westeros are their version of the Norman Conquest of England. -->Similarly, as Westeros is "pseudo-Britain", Essos is "pseudo-Eurasia": the Free Cities are pseudo-Medieval Italy, Dothraki are pseudo-Mongols, Slaver's Bay is pseudo-Mesopotamia, and Qarth is pseudo-India. Southoryos is also clearly their fantasy analog of Africa: largely unexplored, inhabited by dark-sinned people, they don't know much about it because they can't penetrate the jungles on the north coast, etc. There is no analog to the Americas; Westeros is "what if Britain were the size of South America?"--The Dragon Demands 23:18, April 18, 2012 (UTC)

Can you please stop inserting the # symbol into links for characters (e.g. this edit). The # has a specific function in internal links which is to denote a section of the linked article. By putting King's Landing rioter #1 you are creating a link to the "King's Landing rioter" article and the subsection named "1". I had previously explained this in the edit summary the last time I removed them - please check edit summaries before repeatedly making the same edit, there is usually a reason someone undoes an edit.--Opark 77 17:34, May 9, 2012 (UTC)

I have read all five books twice and I haven't found any "Bryan the Red", and I have checked at AWoIaF. There's Ser Bryce Caron a.k.a. Bryce the Orange; there's Ser Robar Royce, a.k.a. Robar the Red. And there's BRYEN Farring, squire to Stannis; Ser Godry Farring, called Godry the Giantslayer; there's Ser Gilbert Farring, castellan of Storm's End. --Gonzalo84 22:41, May 25, 2012 (UTC)

A lot of our articles with infoboxes have a misplaced gap at their beginning.

Character with a gap

What we should have is:

Character with no gap

Talisa makes it a point on-screen that she is unfamiliar with Westerosi titles of nobility, and thus she does not use them herself.--The Dragon Demands (talk) 15:35, July 25, 2012 (UTC)

Yeah, but she is called Lady Talisa after they found out she was a Lady. She is Robb Stark Queen in next season, is credited as one. Sansa is still a Princess although she doesn't know.--Mesmermann (talk) 16:34, July 25, 2012 (UTC)

The term "granduncle" does not exist in English (for some reason). Rather confusingly, the brother of someone's grandfather is referred to as their "great-uncle". This seems counter-intuitive I know, as it sounds like they're the brother of your great-grandfather. I don't make the rules. At any rate, Brynden Tully is the "great uncle" of Robb Stark and the other Stark children.--The Dragon Demands (talk) 23:51, August 7, 2012 (UTC)

That particular image doesn't look like the same girl, but with red hair, and different angles, it could be. Look. -shrugs- We need to continue to look and confirm this. Let's just leave it for now. QueenBuffy

another image of her This is her.
Alright, but I am about 99% positive that is her. The image of Elisa matches that of the prostitute exactly. QueenBuffy

Also, you haven't added any of the copyright, summary, or category details to any of the images you've uploaded since season 3 started. This needs to be done urgently.-- 13:04, April 13, 2013 (UTC)

There are lots of images you haven't yet categorized. Get on with it or we will have to find some kind of temporary punishment for you. You can find them here: Special:UncategorizedFiles Get to work.--Gonzalo84 (talk) 20:28, April 16, 2013 (UTC)

Then they must be removed from the infobox. We can't assume their existance in TV canon.

Yet you altered the subtitles. See the changes. "The Rains of Castamere" will remain locked except for admins to prevent vandalism until the episode airs. If you've read the books you'll understand why.--Gonzalo84 (talk) 21:40, May 7, 2013 (UTC)

Oh, and the books thing is completely unrelated, we have decided to keep it locked to prevent spoilers about a certain wedding.--Gonzalo84 (talk) 18:28, May 8, 2013 (UTC)

Hello Mesmerman, I was doing a paragraph for the episode Rains of Castemereand then there was a conflict, same time kinda thing, yourself, anyway I tried to leave the page, and not publish it, could you check and make sure I didn't publish my paragraph? I don't see it, but sometimes that doesn't mean anything. thanks,  Susan Ae (talk) 22:31, June 3, 2013 (UTC)

Apparently some of the images released for the Season 3 finale were actually leaked by accident from HBO. They've asked us to delete them for now. They can be reinstated after the episode airs.--Werthead (talk) 17:07, June 8, 2013 (UTC)

Mentioned characters shouldn't be categorized as "image needed" since its impossible to get one.

Thank you for your help with this. Keep at it.--

Re rev on Kolokolnikov's page: If you check the time stamps we were working on the page at the same time.  I didn't intentionally remove anything.

George R.R. Martin himself responded to my question about the Night's King and he seemed to imply that we should treat him and the White Walker leader (also called "the Night's King") as two separate characters, i.e. it's a title like "Storm King". Please head on over to the Talk page for that article to reassess your vote (if you still vote "No" on unmerging them, please just update the timestamp to affirm that you vote that way even in light of GRRM's newcomments).--The Dragon Demands (talk) 16:29, June 10, 2015 (UTC)

Hello Nicolai, this is May from ASOIAF Wiki... Is being a Chat Moderator means you're an admin? You're the latest active person I've found and you have a title on you XD..

Retrieved from "https://gameofthrones.fandom.com/wiki/User_talk:Mesmermann?oldid=308619"
Community content is available under CC-BY-SA unless otherwise noted.