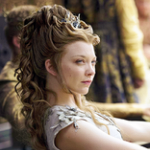 Hi, welcome to Game of Thrones Wiki! Thanks for your edit to the House Greyjoy page.

Just a quick note about uploading images - they need to be titled with a unique name that is relevant to the subject matter. For example - "Daenerys on Dragonstone.png" not "GOT-sneakpeak-#1.png. If you're saving images onto your computer directly from the original publisher then you need to rename them before uploading here. -

Okay, I was just going along with the pattern already there, but I understand your logic. Thanks for the tip. MedusaandPoseiden (talk) 14:21, July 15, 2017 (UTC)

I have been doing this a veryyyy long time. lol Please stop reverting my work. Thanks. QueenBuffy

20:07, July 15, 2017 (UTC) (PS. I'll just add real quick. Longer images in infoboxes show more of a character. It is just the way we've always done it since 2010. As far as the one of Bran, you can see enough of his face, and the image shows what state he is in currently; which is important. So, for now I think it should stand. Thanks.) QueenBuffy

It will only be temporary since I JUST changed them. I don't want to have to worry about everyone changing them. I will change them back soon enough. Thanks. QueenBuffy

The original images released from HBO are still there; I don't delete those. There would be no reason to keep the previous cropped ones however. I hope this makes some sense :) QueenBuffy

Sadly, we'll probably have to protect many more pages. We get a HIGH volume of people who come here.. like in the millions :( Which means a lot of spam. So we'll play it by ear. QueenBuffy

I don't know what the hell is going in with House Tyrell in the TV series: even if the main Tyrells are killed off in similar fashion in the next book, they have so many minor members from cadet branches that it would be nearly impossible to kill them all in one fell swoop like that. Maybe the TV show will say "They're extinct" but that's absurd, just for the sake of melodrama. Everyone has minor cousins. The damned TV show even nodded at minor Tyrell lady characters. Morons. --The Dragon Demands (talk) 20:18, July 16, 2017 (UTC)

Yeah I saw that already and loaded up the screencaps news made of particularly notable images.--The Dragon Demands (talk) 19:47, July 21, 2017 (UTC)

I just thought we were getting rid of the whole "character" thing, and that Characters from the Free Cities isn't relevant, as categories such as that should include characters from an unspecific region of the Free Cities, and we know all of the cities in which the characters are from, and that's why I created "Lorathi", "Tyroshi". MedusaandPoseiden (talk) 08:19, July 23, 2017 (UTC)

Yeah, it's a useless category as all the Free Cities have their own to begin with.-

Wait, which one do you consider useless?

....EITHER WAY we've either got "Characters from Braavos" or "Braavosi", either of which is distinct from the "Braavos" category which is more broadly about places, things, concepts.

"I just thought we" - when? Who else said this?

No, we shouldn't be using "Individuals" but "Characters".

The only reason I haven't spent time reversing that is We are in the middle of Season 7, now is not the time for a massive large scale restructuring of our categories. Work is kind of focused on Season 7 at the moment.

No, I don't have the time or the energy. I was good to you... I gave you another chance on the condition that you (finally) learned from your mistakes, and stopped reverting administrators. I gave you a choice - you made it. Dracarys. -

Retrieved from "https://gameofthrones.fandom.com/wiki/User_talk:MedusaandPoseiden?oldid=348449"
Community content is available under CC-BY-SA unless otherwise noted.