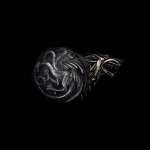 Hi, welcome to Game of Thrones Wiki! Thanks for your edit to the Jaime Lannister page.

Stop insisting in putting Jaime Lannister as Warden of the West or Lord Paramount of the Westerlands or Lord of Casterly Rock. So far there has been no mention of Jaime laying claim to any of his late father's titles. Check the Viewer's Guide.--Gonzalo84 (talk) 02:29, June 23, 2016 (UTC)

There's an ongoing discussion of the head/lord of House Stark. Here's the thread link: http://gameofthrones.wikia.com/wiki/Thread:47132#16. Add some input, there's a poll too for those who love voting. The poll is for the Lord of House Stark. Please end the edit war and vote. --Kai200995 (talk)

Vote instead of an Edit War

There is an active discussion on who is the Lord of House Stark. In that discussion there is a poll, and users are voting everyday. The edits on that matter are being based on the majority vote. I'd appreciate it if you would participate and respect the current majority vote. The point of the poll is to prevent the edit war. Thank you.--Kai200995 (talk) 19:44, July 1, 2016 (UTC)

Quit adding House Arryn as a Stark vassal. They are their own great house on par with the Starks, and an alliance is not the same as vassalage. --CrappyScrap

The lords of the Vale pledged loyalty to Jon Snow as King in the North. The Vale of Arryn is now part of the independent Kingdom of the North. Get it through your head you fucking dipshit--Jman321

Declaring allegiance is not the same as submitting to vassalage. House Arryn was and remains an independent great house, and The Vale of Arryn is not under Stark rule. --CrappyScrap

00:29, July 3, 2016 (UTC)
Correction - forgive my English, I shouldn't have used the word 'allegiance', which I misunderstood the definition of. Littlefinger does state he has declared the Vale for the Starks, but we're probably talking something along the lines of an alliance, not submission. Vassalage is especially ridiculous when considering the balance of power between the Starks and the Arryns. The Vale made the Starks what they currently are. --CrappyScrap

The issue of who leads House Stark has been settled for now. Please read the "Current Status" section on the House Stark page for clarification. A lot of thought and edits has gone into what is written now so please stop editing House Stark and House Arryn to say that Jon Snow is the leader of House Stark and House Arryn is a vassal. You could very well turn out to be right BUT given the incomplete information we all have at the moment, we need to wait until Season 7 for clarification and we cannot keep this editing back and forth going for months on end.

This is ridiculous. We - the wiki - have already discussed this matter multiple times. You are completely ignoring the "Current Status" section of the article. Until it's made clear, Jon Snow is not the head of House Stark, but simply the King in the North. This does not automatically make him the head of House Stark. He hasn't even had himself legitimized yet! Someone else has already told you this above - please acknowledge. Thank you! Reddyredcp (talk) 01:45, July 8, 2016 (UTC)

Please stop messing with the link to Daenerys of Sunspear at the top of Daenerys Stormborn's article.--Shaneymike (talk) 21:35, March 31, 2017 (UTC)

Retrieved from "https://gameofthrones.fandom.com/wiki/User_talk:Jman321?oldid=319669"
Community content is available under CC-BY-SA unless otherwise noted.