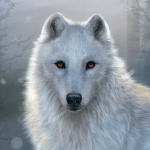 Hi, welcome to Game of Thrones Wiki! Thanks for your edit to the Sandor Clegane page.

Meereen is not one of the 'Free Cities'

Category:Characters from the Free Cities

Singular names that end in "S" will also use an additional apostrophe-"S" when used possessively: "Loras's", "Stannis's", "Daenerys's" etc. Pluralized nouns such as "the Lannisters", however, do not gain a possessive extra "S": just "The Lannisters' army".

I myself was confused about this until about a year ago so you'll find many examples of the improper "Loras' horse" when it should be "Loras's horse". This was so pervasive throughout the wiki that I've made no systemic attempt to fix it, but just fix examples as I encounter them during regular editing.--The Dragon Demands (talk) 16:21, August 16, 2014 (UTC)

Hello, I'm trying to get some census data about our editors:

Have you read the books? If not, do you plan to read them eventually? If you are reading them, did you already start reading them before the TV series started, or did you start after the TV show began? If after they began, have you: finished yet? still trying to finish? Or, you're intentionally only reading one book at a time to match the pace of the TV series? (the last of which is really not a good idea because a given TV season will often pull a chapter or two from the next book, i.e. Jaime and Brienne at the end of Season 2 were the start of book 3).

Are you male, female, more complex description? I kind of assumed male but you don't talk about yourself much (I'm not sure if it's "Louie" the guy, or "Lois" like "Lois Griffin").

What part of the USA do you hail from? (It helps to know what airing dates everyone is working with). If you don't want to say a specific city just give a state/region.

In conjunction with Telltale Games, Wikia will be working to create a unique experience for visitors of our Game of Thrones community, specifically the pages centered on the episodic Game of Thrones: A Telltale Game. I wanted to see if you'd be interested in joining us.

Shoot me an email if you think this will be of interest and I can give you more information. nico@wikia-inc.com

I made a list of potential Administrators to appoint when Season 5 began, which I limited to five new people (for a total of seven). Of these three accepted and one declined, but the last one CorneliusAgrippa hasn't been on the wiki since September 2014, and did not return for the Season 5 premiere.

Now assuming that CorneliusAgrippa will not be returning to regular editing for the forseeable future (and hoping we don't have a Torgon Greyiron the Latecomer situation) I'm now moving down the list. You were the next candidate behind him.

Would you like to be an Administrator? We need help dealing with vandalism and spoiler-posts in Season 5. Keep in mind that this is a massive time commitment - or at least, we expect you to edit at least every day or two in the active season, around once a week in the off-season -- you can't just take off for a month during the off-season without explanation (explanations can be as simple as "stuff in my personal life happened, sorry" - just don't treat one month absences as normal).

Retrieved from "https://gameofthrones.fandom.com/wiki/User_talk:HurricaneHero93?oldid=184953"
Community content is available under CC-BY-SA unless otherwise noted.