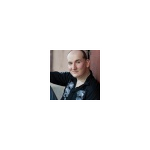 Hi, welcome to Game of Thrones Wiki! Thanks for your edit to the Talk:Knighthood page.

In the german dub the word "freerider" was translated as "freier Ritter", what means "free knight", a hedge-knight for example. But he is in the service of Lord Baelish what would means he's a sworn sword!

That is actually, essentially, what the English usage in A Song of Ice and Fire is.

"Free Rider" is a king of Mercenary, not a kind of knight. However, many Free Riders also happen to be poor Hedge Knights.

It does sound a bit odd to say that a Freerider is "in service" to anyone....but it's not as if they're a neutral faction.

Bronn in Season 1, as a common sellsword, was not a "sworn sword" of House Lannister...but he did happen to be in service to "House Lannister" at the time, because they were paying him.

Freeriders fight "for free" (plus basic upkeep like food) in the hope of eventually being chosen to be sworn swords. So freeriders are "in service" to lords, despite not being "in official service, as part of their household".

I know, it was just to explain what happened with the word in the german dub, like "dire wolf" became "shadow wolve" for example!

A cupbearer is a servant, the designation suggests that the primarly duty is to serve wine but not at all! A cupebearer acts also as a personal servant with duties above that, like household chores, to assist the lord in every matter. It's a trustfully work, higher ranking than other servants. To be a cupbearer is a position that can be hold by a common born or a high born! It's not ununsual for noble boys during their time as a page or a squire to serve as a cupbearer, even noble girls can get this position as part of their education! The age doesn't matter, even a mature person can serve as a cupbearer, normally as a sign of trust and honour!

...This is very badly written. DO NOT use exclamation points in the body of an article.

The English grammar is barely passable and contains spelling errors.

Let me give you a specific warning:

Many of your edits on this wiki have been below acceptable quality or unprofessional.

Constantly pestering us about "hey, who was cast in Season 5?!" has become an annoyance. I already told you on the Season 5 talk page that we didn't even know if the mercenaries from Daenerys's subplot would be included in the TV show at all (though you acted like it was assured to happen)....then you contacted me again on my Talk page.

We don't really need a "Cupbearer" page, though other editors improved it up to a reasonable level.

Let me be clear: I have been avoiding giving you a warning before because I assumed you were a regular editor from our comrades over at the German Game of Thrones Wiki.

You've made barely 19 edits on the German Game of Thrones Wiki.

....Why are you pestering the English language version of Game of Thrones Wiki this much? Yes we encourage crossover help between the different language wikis, but you aren't searching for specific information, just gossip, and your English edits to the body of other articles are below standards. You are being very distracting here.--The Dragon Demands (talk) 17:23, August 5, 2014 (UTC)

Sorry, I'm doing my best! And I'm german, I have a lack of experience, that's a point that I admit! But I just want to improve the articles like on any other wiki, english or german! PS: I won't ask someting about Season 5 casings any longer. --Exodianecross (talk) 17:33, August 5, 2014 (UTC)

If you aren't even very experienced at using Wikis at all, you should practice on the German Game of Thrones Wiki, where you can get advice and feedback, because editing on the English language wiki only adds another layer of miscomprehension.--The Dragon Demands (talk) 18:09, August 5, 2014 (UTC)

"Shireen, like her father and uncles, has some Targaryen blood. Orys Baratheon, the founder of the house, was the half-brother of Aegon I Targaryen and Steffon Baratheon, father of Robert, Stannis, and Renly, was the son of King Aerys II Targaryen's aunt Rhaelle Targaryen, thus he was Aerys's first cousin. "

Also, while Orys was rumored to be the bastard half-brother of Aegon I it was never confirmed, and largely irrelevant now, given that the Targaryens and Baratheons intermarried much more recently.--The Dragon Demands (talk) 18:20, January 17, 2015 (UTC)

Allright, but would it be okay to write that Orys Baratheon is "presumably" the half-brother of Aegon? Besides that, I never heard that the actual Baratheons are related to the Targaryens in the TV-series. It was suggested that Robert claimed the throne through force, his rebellion and that he is a cousin to the Targaryen-dynasty was never said. --Exodianecross (talk) 09:35, January 18, 2015 (UTC)

I don't think you should, because it's missing the point that they have confirmed Targaryen ancestry more recently.

Oh...yes this was mentioned in "the TV continuity", but in one of the "Histories & Lore" animated featurettes. The one with Littlefinger and Varys - Varys mentions in passing that "Robert had Targaryen blood, through his mother's side" -- which of course isn't what happened in the books. Removing Jaehaerys II from the TV continuity mixed a lot of things up. The exact relationship between Robert, bis brothers, and the Targaryens, is not clear in the TV continuity. This is at the top of the list of things we want to ask the writers about (I have an actual list, this is one of the major points. Cogman even responded in a fansite Q&A question I submitted, when I asked "has Jaehaerys II been officially cut, and how did the Baratheons and Targaryens intermarry?" --- but he only said "yes, Jaehaerys II has been officially cut". Avoiding the intermarriage question. I think even they aren't quite sure, or at least, haven't decided yet and don't want to commit unless they absolutely have to (for fear of contradicting themselves later).--The Dragon Demands (talk) 19:29, January 18, 2015 (UTC) http://gameofthrones.wikia.com/wiki/Robert%27s_Rebellion_(Histories_%26_Lore)#Varys_and_Petyr_Baelish.27s_perspectives

Robert mentioned in the Season 1 Histories & Lore that he had a "bit of dragon blood" (apparently just referring to Orys as a rumored half-brother) but this was later superseded by the Season 3 animated featurette explaining that the Baratheons somehow intermarried with the Targaryens later.

Yes, Robert took the throne by force more than anything -- the maesters and such used his "bit of dragon blood" (being a cousin of the Targaryens) as a legal excuse for how he could have any claim to the throne -- though in both the books and in that Season 1 animated featurette, Robert himself scoffs at this as just an excuse, and openly admits he won his crown on the battlefield.--The Dragon Demands (talk) 19:33, January 18, 2015 (UTC)

There is a question about dornish armor which troubles me. That the dornish knights and soldiers don't use heavy armor like their counterparts in the Reach, the Westerlands etc. in Dorne, that's clear. But what about if they leave Dorne like the 10.000 Dornishmen did when they fought together wie Rhaegar Targaryen at the Trident? I'm pretty sure they haven't worn their light armor because in this case they hadn't had a chance against the full-plated army of Robert Baratheon. So I think we can assume that they "redress" whenever they are in a different climate than their home, right? I have this question after I red the article about the costumes.--Exodianecross (talk) 20:53, October 17, 2015 (UTC)

The Dornish simply prefer to fight defensive wars, harassing the enemy's supply lines in the desert. Or often, to lure the enemy into overcommitting, destroy their main army in the deserts of Dorne, then advance into the enemy's territories (the Reach and Stormlands, etc.)

"not have a chance" is relative; it's simply a different fighting style. They rely more on speed and agility by wearing lighter armor.

I mean, consider the examples from Season 1: Jorah explains to Rakharo that a man wearing heavy armor is slower but it protected - he then kills Qotho by catching his blade against his own armor, surviving the hit........yet also in Season 1, Bronn wore no heavy armor while fighting the fully armored Vardis Egen -- then tired out Egen by moving around and outmanuevering him.

So the Dornish fighting style relies more on agility than heavy armor -- this does not inherently make it "weaker" just different. Admittedly it works best in the desert where heavily armored knights cook in their own steel and water supply lines are easy to ambush.--The Dragon Demands (talk) 01:23, October 18, 2015 (UTC)

I understand. But I really think that at a event like the "Battle of the Trident" the Dornishmen would change their usual armor against anotherone. And at least, what is written in the article seems to resemble more the "salty" and the "sandy" Dornishmen like the "stony" ones from the Red Mountains. It was explained in the books that they resemble the rest of Westeros, more Andal/First Men in behavious, look and customs. It seems, as interesting Dorne is, there is a lack of descriptions in different parts! But thank you for the feedback Dragon! --Exodianecross (talk) 03:08, October 18, 2015 (UTC)

"In return Ellaria and the Sand Snakes could have a problem with Tyrion because his trial by combat was the cause of Oberyns death and he's still a Lannister. Therefore they could react hostile towards him, regardless of the fact that he has abandoned his house, killed his father and joined Danaerys!"

1 - It's implausible that they'd blame Tyrion for a trial by combat which Oberyn volunteered for (though of course, we have no idea what the writers intend for Dorne anymore, it is illogical)

3 - NEVER make a note that ends in an exclamation point.

I removed this note once please don't add it back again.

Sorry, I have a lack of experience in english because I'm german. But regardless of that, because Tyrion is a Lannister, Ellaria and the Sand Snakes could view him as an enemy, like they did it with Myrcella. --Exodianecross (talk) 00:49, July 2, 2016 (UTC)

It's alright, it's alright. Though I do want to leave that note out now because I'm not sure what will happen (you'd think they'd be grateful to the man who killed Tywin).--The Dragon Demands (talk) 01:05, July 2, 2016 (UTC)

Retrieved from "https://gameofthrones.fandom.com/wiki/User_talk:Exodianecross?oldid=276449"
Community content is available under CC-BY-SA unless otherwise noted.