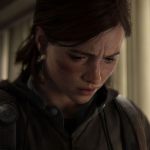 The exact name of the archmaester Jim Broadbent is playing has actually not been confirmed.--The Dragon Demands (talk) 05:15, April 22, 2017 (UTC)

I apologise for that edit, I just assumed because the name was written under the "New guest starring cast" that it was confirmed; I apologise for any trouble I have caused.

May I ask why this was Removed as Many Pages on this Wikipedia are from the ASOIAF Books, too much that I cannot remember. But I have just realised this was Marked for Deletion, May I ask why?

I believe the pages you think are based on the ASOIAF books may be the ones from the Histories & Lore special features of the physical releases of the Game of Thrones seasons. Anything not explicitly mentioned in the show that has a page on this wiki is most likely from Histories & Lore.
Also, remember to always sign your posts.

Hey there! Just a quick message to say A: thanks for the great work you did on Ned Umber (and everything else you've been doing lately, for that matter!), and B: can you please make sure to format templates correctly... the two in question are the heraldry and character infoboxes.

If a heraldry template is displaying two of the same shield then you don't need to specify between left and right - you just put |image= and link= underneath. With the infoboxes, it's important to make sure all the fields are flowing downwards like so:

rather than |title=|image=|seasons=... it just becomes very difficult to edit when there's a lot of code and information that's all mushed together like that. Anyway, nag over ;-) Thanks again. -

Oh, thank-you so much for bringing that to my attention! I promise I won't make those mistakes again in the future, apologies for the trouble it has caused. And another thank-you for your kind words, it really means a lot! :)

How did you solve the technical problem? This only works for certain things. MedusaandPoseiden (talk) 14:28, July 28, 2017 (UTC)

I've faced two technical problems in the past few days; the inabiliity to leave messages on talk pages and the inability to edit category pages without the message "The modification you tried to make was aborted by an extension hook" appearing when I selected the second save page button.

The inability to leave messages on talk pages disappeared with time, but, as of writing this, I still have a technical problem with category pages, so I can't help you there.

Please stop cramming multiple links into one word like you did with Daenerys's dragons in the plot section of "Eastwatch". For now on, use one word per link. Thank you. Shaneymike (talk) 04:40, August 13, 2017 (UTC)

The image of the men walking out into the cold IS an HBO image. It seems to have more reverence to the episode, than an image of Cersei just sitting in a chair. QueenBuffy

Hey, are you free to come into the chat room for a sec? -

I was just about to change the community message that would say "Thanks User:Queen of the Andals and the First Men for all your hard work", but realized someone already has! :) I just wanted to say thanks also for all the work you've been putting in! It really helps us by having an honest, competent editor here. QueenBuffy

I really appreciate this so much, thank-you! I just want this wiki to be the best it can be, and there are plenty of other people who do an incredible job here! — Queen of the Andals and the First Men (talk) 00:43, August 19, 2017 (UTC)

Please be careful not to upload duplicate images. Some of your recent additions were already on the wiki. Thanks. -

Dragon and the wolf image Edit

Please please please stop changing the infobox picture on The Dragon and the Wolf article. I've had to go back and change it nearly 4 times now. The image of Sansa doesn't really show the importance of the episode, where as the image in the dragon pit does show/explain more of what the episode is about. So please, stop changing this. QueenBuffy

I see you deleted this feature from all the pages, which is in my opinion already better than only featuring it on some. The best option would be to feature it with all the main characters that have changed throughout the series. I loved this feature when I first saw it and I feel like it should be added to all characters. Of course characters like Jorah, that barely had any physical changes, don't need this, but the kids definetely do. As well as other older characters like Cersei, Tyrion, Jon, Dany, Sam and perhaps even Stannis.

From what I've noticed, it's hard enough to choose an infobox image of perfect quality for one season, let alone all seven. There was a clear deterioration of quality in the infobox images chosen for the tabs pertaining to previous seasons. I also believe that a variety of images just unnecessary clutters up the infobox on an aesthetic level, especially when you take into account the constantly shifting ratios. If viewers want to see what a character looked like during a particular season, they can just scroll down a bit and look under the particular season they are looking for in the character's biography.

Anyway, these are just my thoughts on the subject.

That is a good point. I think it was Monday evening I discovered this, the pages that had this all had good quality pictures, that's kinda why I decided to try it myself when some where deleted. I understand why you're against it, so I guess it's best to leave it like this for now, I thought it would have been a nice extra for some of the main characters that have changed so much over the series.

I can absolutely see where you're coming from. One of the bureaucrats here implemented them recently, but received backlash for it, so she removed them. I guess the ones I just removed were the overlooked leftovers.

Queen of Andals and the First Men can you please vote yes in the Image policy thread. Why did you vote no? I think it would be more simple without the image policy. What do you think?

I understand that you think it would be easier without the image policy, but I read what Savage said and he makes some really indisputable points; the image policy is there to give credit to the artists who work on specific images. To put it in perspective, you wouldn't want someone to publish a piece of your wriitng without giving you due credit, after all the time you had spent working on it. It would just be unfair, and as creators, it is our responsibility to credit the arists who pour so much time into their work.

At the end of the day, if we just educate ourselves on how to properly implement the image policy, it wouldn't really be a hassle at all.

Also, always remember to sign your posts, and please, next time contact me on the Star Wars Fanon Wiki to discuss matters concerning that Wiki.

I noticed you love adding images, just a quick note, if you upload an image that is super dark, categorize it with "Brighter Image Needed" I believe that is category. That way I can run through and fix any darkened images. :) Thanks for your help.QueenBuffy

I just saw the Yohn Royce page. When I went to edit the page, it said there was some unsaved draft, so I copied and pasted the additions from another user into my revision, but I must've forgotten to include the categories. It was never my intention to remove them. — Darth Dracarys (talk) 11:57, April 18, 2019 (UTC)

“Issues” section on the Long Night’s episode page, I’m grateful for the work that editors do on this subwiki but I really appreciate how biased the issues section is on Episode 3 of Season 8. This wiki page is supposed to be completely impartial and solely for educational reasons, let’s the viewers call out plot issues.

Thank you for helping to clean up that mess. -

Do not add your own claims Edit

Your claims regarding the Unnamed Prince of Dorne are pure guesses. Even if there is another cadet branch presumably in the TV series, it is nto imposible that another family may have taken over. DO not add your own conjectures as facts. MatthewOne (talk) 03:00, May 21, 2019 (UTC)

Apologies for the hasty editing; at the time of my revision, the Martell sigil was used as his heraldry, so I correlated that to him belonging to the Martell family and thought to make the article’s naming convention consistent with others such as Blackmont (Lord). — Darth Dracarys (talk) 08:01, May 21, 2019 (UTC)

I did see some letters but I can't clearly make out any sigil on them. One of them might be showing the Martell sun, but I'm not sure as it's very unclear. There's no orange background on it too. MatthewOne (talk) 09:29, May 21, 2019 (UTC)

Prince Martell is an unspecific and confusing name. Any member of the Great House is called a Prince. If the actual name is not known, leave it as unnamed. Becuase unnamed would obviously mean a real-word designation. MatthewOne (talk) 10:51, May 21, 2019 (UTC)

Imo "Prince Martell" does distinguish the head of the house, just as "Lord Lannister" for example distinguishes the head of House Lannister, while other members are still formally addressed as "my lord". The Martells don't use the same system of course (not every nobleman is a lord, but every Martell is a prince) but it works as an extrauniverse distinction. --Potsk (talk) 14:49, May 24, 2019 (UTC)

What are the three battles Jamie referred to in 2x01 of the Game of Thrones TV series? ----Braeden32

Please let my edit of The Bells stay. Edit

Please let my edit of The Bells stay. I believe Jaime's claim that he doesn't care much for the people of King's Landing is either a continuity error or while he saved them from Aerys he still looks down on them as part of the lower class.

Also Jaime's promise to fight for the living is not because he cares for the living but it's about survival. Teen Titans Forever! (talk) 18:29, October 9, 2019 (UTC)

Hey Darth Dracarys. I just wanted to thank you for the assistance with this endeavour, as it really is a mammoth task and I don't think I could have done it alone. Much appreciated. -

Retrieved from "https://gameofthrones.fandom.com/wiki/User_talk:Darth_Dracarys?oldid=428615"
Community content is available under CC-BY-SA unless otherwise noted.