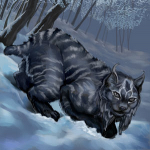 Hi, welcome to Game of Thrones Wiki! Thanks for your edit to the Alliser Thorne page.

Thank you for adding the language interlinks - many still need to be created, we're far behind on that.--The Dragon Demands (talk) 18:44, December 6, 2015 (UTC)

Hello, I wanted to leave you a message here, because of the Youtube videos you made. I hope you forgive me that I wanted to act a little bit discreet.

I was reading the article on the Common Tongue, and I'm interested if the German dub attempts to represent regional accents in Westeros - and if they do, what they use.

In the books, Martin said there are various regional accents, but he is not a linguist, so he didn't describe them in detail (other than saying a Dornish accent is very different).

There are also class accents: lower-class people from the slums of Flea Bottom use accents from the slums of London, like Cockney/"Estuary", etc. (such as Davos Seaworth). Wealthier people use Received Pronunciation.

What about people from outside Westeros?

It will be interesting if prequel series in the future introduce more characters from all nine of the Free Cities, and try to work out different accents for each.

that's a good question. As a member of the German Community Volunteer Team, I wrote a special blog for the German Community about dubbing.
German Dubs mostly didn't use other German accents for the dub, there are some cases in which a dialect or an accent is used but not very much. We have more dialects than accents, and they have diffrent words slang and pronounciations.

e.g. the word I, ich in Standard is pronounced icke in Berlin dialect. Ick lach ma n Ast. (Berlin dialect) - Ich amüsiere mich köstlich. (High German) which translates to I'm amusing myself really much. And they're are a over 30 dialects here in Germany.

German voice actors have to learn and are trained to speak High German correctly an clearly without to mumble or mutter around, so everyone who speaks or understand German (as Austrians, Swiss, South Tyroleans aso.) can understand it well. But still they have to train their voice in a way that it's prominent in comparison to other voice actors or there are born with a prominent voice like Dietmar Wunder (dubs Daniel Craig and in GoT for Beric Dondarrion) or Thomas Fritsch.

So the English accents didn't translate into the German ones well. As a fan of Star Trek franchise we didn't get the Southern US accent from Leonard 'Bones' McCoy, the Scottish accent from Montgomery Scott, the fake French(?)/British accent from Jean-Luc Picard.

So for Game of Thrones, our voice actors mostly use Standard German, and it would be weird if one of the characters in a world which is clearly not our own talks like a Berliner, a Saxon or a Bavarian. There are some exceptions with accents from other countries or regions.

So to distinguish the characters and their background you can use diffrent pronounciations, a diffrent pitch/higher or lower voice, intonation, and colloquialisms/slang from High German but not slang from one of the dialects like icke, dit, jut, joah aso. There are some exceptions with accents from other countries or regions.

People outside from Westeros speak sometimes with accents:

Here are to comparisons from scenes:

I hope I could help you and want to ask, if I could use some of the material here for the German article, which I want to create in the near future. I hope you forgive the grammar mistakes I made. - Aki-chan86 11:10, August 13, 2017 (UTC)

I learned French in school, not German, and the rule there is if someone from southern France starts speaking in that Occitan gibberish...burn the heretic!

...that's right....so many local dialects, means less accents - anyone who learns High German standard would learn it without much of an accent.

...so Kennedy should have said "Icke" instead of "ich bin ein Berliner?"

Oh...Picard. A famous British actor playing French starship captain. ...The general explanation is that he's so intelligent that he can speak flawless English. It's "the future"!

Yes, the nobles in Astapor don't have any lines in Common Tongue...Wow. That misses the whole impact that Daenerys apparently needs a translator in the same scene. Didn't it seem...redundant? That Missandei is translating? Or the reveal when she explains "I speak Valyrian"?

Turkish-accented German for Shae - yeah, I think Sibel Kekilli does her own dub voice in the German version.

A few more notes I cut out from my original post for length:

Every kingdom has a slight regional accent of Common Tongue in the books, which GRRM made no attempt to represent (Tyrion remarks at one point that he doesn't just have an "Andal" accent, but a "Westerlands" accent). The TV show made no attempt to distinguish the Reach from the Westerlands, or the Stormlands, etc., it all seems to be just "Andal" (they never call it that specifically, these are terms I'm using).

This class difference comes up in the North as well - it tends to be more exaggerated for lower-class people, but the Starks speak with a "northern England" accent that while....identifiable, isn't as pronounced (compared to some not well educated farmer or something, who speaks with such a heavy northern accent that it might be difficult to even understand what he is saying).

But in the south, all the aristocrats use Received Pronunciation, like at the royal court in London: the Lannisters, Tyrells, etc.

A few differences are due to the actors, not intentional:

Thus the only places that can really have any sort of "real-life accents" are the Free Cities, and to a lesser extent, perhaps anyone from Sothoryos and surrounding islands, and more distant lands like Asshai.

I kind of thought it would have been fun if the German version, I don't know, used a Dutch accent for Braavos characters like Tycho Nestoris, given how heavily they're based on Amsterdam (or Italian, due to Venice).--The Dragon Demands (talk) 18:54, August 13, 2017 (UTC)

Hey, I'm very sorry to anwser your post not right away and don't write an answer emmidately. That was rude and hope you forgive me.

First I was really busy, now I have team. I was working on the German Code Geass Wiki - I wrote a special about the OVA Code Geass: Akito the Exiled - as well and still want to working on that. Second I planned a holiday in South Tyrol with my parents, but we had problems, so now we take a staycation. Which is good for, cause I can watch the finale episode this season on monday (3am). x'D

About the phrase: "Ich bin ein Berliner..." No "Icke" is only the local pronouncation in the Berlin accent for "I", someone who is born there and grows up te, usually talks like that. But "Ich" is High German, so Kennedys phrase is correct. ^^

Ah, about Astapor, I'm sorry to not discribe that scene more precisely. I guess it's really because Missandei translates simulatiously and they have to the English (Common Tongue) part translate in German, while Kraznys and the other Good Masters are talking in the background in Astapori Valyrian. In the German Version the Masters talk in as well in Astapori Valyrian, but they had to reread the lines, due to the Common Tongue part from Missandei. Daenerys answers of course in High Valyrian. I will upload a video or two of that scene and the other from S1E07, if you like- Still I prefer Emilia and the otherer in the original. The cast had help by Peterson, I guess? They speak the language more fluently than our voice actors.

Yes, it's good that Sibel Kekilli and Tom Wlaschiha did their own dub. ^^ A sidenote is that Sibel speaks usually in German without that Turkish accent, she had a role in the crime series "Tatort" were she doesn't have an accent and Tom Wlaschiha had a minor role in one of the episode of that series as well. (Did I mentoin that earlier)

What we also have is someone like Roy Dotrice, who reads the audiobooks of A Song of Ice and Fire. And in German Reinhart Kuhnert who dubs Robett Glover reads the German translation of the books.

I can't give enough credit to your good observation and knowlegde about the actors and the world and the good explanations you give. That's all really good argued and I'm sorry I can't help you or the fandom as much as I want.

Well yeah, I hear and see interviews with the actors as well or hear the audio commentaries as you do. I bought the DVDs and it's a shame that only the Blu-rays have the Histories & Lore section :/. So it's interesting when the actors train their accents or try to hide them like you stated with Kate Dickie, Jack Gleeson or Conleth Hill. Yeah I heard that argument about Aidan and his accent as well x'D, well he sounds weird sometimes.
And I guess you are right about Salladhor Saan es well. "Pirate accent" is a better explanation than African accent.

In German I think only caberetists and comedians train and use accents really well, as they do that on purpose.

I'm too humble to accept that "you do so much..." -- I yell a lot. Some people think I yell about things that are worth yelling about. I don't know.

Retrieved from "https://gameofthrones.fandom.com/wiki/User_talk:Aki-chan86?oldid=354083"
Community content is available under CC-BY-SA unless otherwise noted.