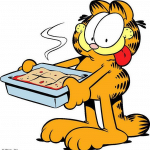 I won't be around for a number of reasons, mainly work, classes for the Masters Degree, and, lately, the thesis. Another reason is that the writing in the last two seasons sucked. I hope to be back for the prequel, though, specially if Benioff & Weiss are well away from it.

Sacrifices to the Old Gods

"Then, as he watched, a bearded man forced a captive down onto his knees before the heart tree. A white-haired woman stepped toward them through a drift of dark red leaves, a bronze sickle in her hand. [...] The woman grabbed the captive by the hair, hooked the sickle round his throat and slashed."
―George R. R. Martin[src]

"Then a long cruel winter fell, the White Knife froze hard, and even the firth was icing up. The winds came howling from the north and drove them slavers inside to huddle round their fires, and whilst they warmed themselves the new king come down on them. Brandon Stark this was, Edrick Snowbeard's great-grandson, him that men called Ice Eyes. He took the Wolf's Den back, stripped the slavers naked, and gave them to the slaves he'd found chained up in the dungeons. It's said they hung their entrails in the branches of the heart tree, as an offering to the gods. The old gods, not these new ones from the south. Your Seven don't know winter, and winter don't know them."
―Ser Bartimus[src]

Retrieved from "https://gameofthrones.fandom.com/wiki/User:Gonzalo84?oldid=431161"
Community content is available under CC-BY-SA unless otherwise noted.