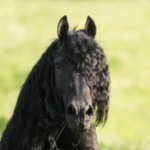 aka The Dragon Queen

"The night is dark and full of terrors."
―Melisandre[src]

Hi. I'm just a diehard fan of GOT and ASOIAF.

DaenerysTargaryen16 is currently reading A Dance With Dragons.

To be honest, I love Daenerys. She's a great, complex character. I find her to be very intriguing. I love Tyrion too. Arya is okay, but she can be a bit brash and uh....sorta compulsive? -- however, I suppose it was necessary for her harsh circumstances. She is pretty cool actually. I mostly like Sansa but in the books. I feel as if they made Sansa a bit more bratty and unlikeable in the show? I suppose when you read her internal monologues you feel for her more. Overall she has a great arc. I like Jon, but again, I prefer his written counterpart. At the end of ASOS, they made Jon lord commander yayyyyyyy. And samwell, he may not have a lot of courage, but he's intelligent. I would wanna be like Jon if i was in the night's Watch, but i just feel like I'd act like Sam xD. AND YARA!!!!! (asha) I LOVE HER... she's so awesome that even her father approves of her lol.

joffrey, aliser thorne, janos slynt -- typical bad guys. I kinda didn't like Catelyn at the start, but I kinda get where she was coming from with the whole #boycottjon thing. Also she regretted it later, but i mainly liked her because she was a good person (well, better than most). The mountain - will not forgive him for killing Oberyn or elia's children. Nope. Lysa Arryn - weirdo and a psycho. Also, she was really babying her son.

My thoughts on season eight

Wow. Season eight was really something. The first episode was decent, but the dialogue was terrible and in my opinion, too contemporary for the period it is set in. Also, it was rushed, and the Long Night was filmed in a questionable manner... Apparently it was filmed at nighttime, so it was really dark for a lot of the battle, and you could barely see anything. Also, it should've lasted longer. That whole Battle belittles the Stark words - Winter is Coming. Winter lasted about an hour. LOl.

Retrieved from "https://gameofthrones.fandom.com/wiki/User:DaenerysTargaryen16?oldid=431038"
Community content is available under CC-BY-SA unless otherwise noted.