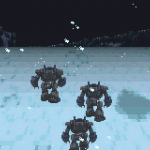 Notable duels in Game of Thrones

(With the sigils available)

Before the War of Conquest

From the War of Conquest

From the War of the Five Kings

Battles of the Great War

(With the sigils available)

Wars in the TV show

Fall of the North

War of the Two Queens

Retrieved from "https://gameofthrones.fandom.com/wiki/User:CrappyScrap?oldid=433651"
Community content is available under CC-BY-SA unless otherwise noted.