View source
watch 01:43
Great Houses Are at the Center of Conflict
Do you like this video?
Play Sound

The Great Houses are the most powerful of the noble houses of the Seven Kingdoms. They exercise immense authority and power over their vassals and territories and are answerable only to the King of the Andals and the First Men, with the exception of House Stark, which rules over an independent kingdom.

Before the Targaryen Conquest, each of the Seven Kingdoms was ruled independently by a powerful royal family. During the Conquest these families were either destroyed, replaced, or defeated and made to swear allegiance to King Aegon, who reigned from the Iron Throne in King's Landing.

The Gardeners, Hoares, and Durrandons were slain and replaced by the Tyrells, Greyjoys, and Baratheons respectively, while the Lannisters, Arryns, and Starks surrendered peacefully and were allowed to remain in control of their lands. In addition, Aegon raised up the Tullys to rule over the Riverlands, which had been under ironborn occupation prior to his arrival. Only House Martell of Dorne resisted his armies, but was later brought into the fold through a peaceful marriage-alliance some two centuries later.

Each Great House has a large number of vassal houses serving it, most of whom in turn have smaller vassals under them, extending all the way down to farmers and landed knights. Each Great House rules over its territory and is responsible for collecting taxes and, in times of war, raising troops to fight for the king. Otherwise they are largely left to operate autonomously to simplify the bureaucracy and governance of the realm.

The War of the Five Kings, along with Daenerys Targaryen's war for Westeros, has seen changes amongst the Great Houses. House Baratheon is no longer the royal house, and two of it's branches have become extinct, House Tyrell is also extinct, and has been succeeded by Bronn's unnamed house. The Riverlands and the titles of House Tully, which is also near extinction, defeated in the war and exiled, have been given to its usurping former vassals House Frey, though the other Tully vassals remain opposed to the Freys, whose male line has, meanwhile, been effectively wiped out, allowing the Tullys to reclaim their position. With the coronation of Queen Cersei I Lannister, the Crownlands was held by House Lannister, the new royal house after the legal extinction of the Baratheons (though after the legitimization of Gendry Baratheon by Queen Daenerys Targaryen, House Baratheon has been restored). Although scattered early in the war and stripped of lands and titles, House Stark has regained control of the North through the defeat of its usurping vassals House Bolton, and later gained independence. After the battle of King's Landing, the Lannisters' brief reign as Royal House ended, and once again, they only rule the Westerlands. However, the Lannisters face an uncertain future, with all but one of them dead, and their gold mines depleted.

Heads of the Great Houses

Just prior to the death of Lord Hand Jon Arryn, which set the narrative in motion, the original heads of the Great Houses in the Seven Kingdoms were: 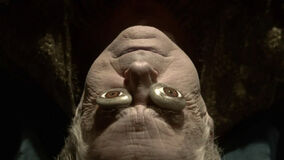 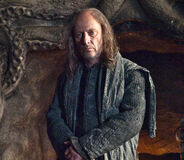 Heads of Great Houses after the Red Wedding (300 AC) 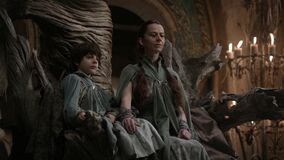 Edmure Tully
(head of House Tully; captured, imprisoned, and stripped of his titles)

Lord Bronn
(head of his house)

In the A Song of Ice and Fire novels, the term "great house" or "ruling house" is used informally. Author George R.R. Martin has said that in retrospect he should have used a formal senior rank to differentiate the ruling houses from their vassals.

Keeping in mind that Martin has said that Westeros is roughly the size of the continent of South America, the realm known as "the Seven Kingdoms" spans an area on the scale of the Roman Empire. Thus in terms of their populations and the size of the armies they can raise in wartime, each of the "Great Houses" is more comparable in scale to a real-life medieval kingship like England or France than a smaller dukedom. Provinces (in this case, constituent regions) are in effect semi-autonomous with the local people regarding the local Great House as their rulers, and the King as perhaps an abstract and distant figure who has no bearing on their day-to-day lives.

The definition of a "Great House" in general can be summarized as any noble House that bends the knee directly to the Iron Throne and rules one of constituent regions of the realm. The royal family itself rules the Crownlands directly, loosely making it another Great House, though technically it ranks higher than all the others. At the start of the books this list comprises the Starks, Lannisters, Arryns, Greyjoys, Tullys, Tyrells, Baratheons of Storm's End, and Martells. This definition sometimes leads to oddities, for example, House Hightower of Oldtown commands a vastly populous city (second only to King's Landing and not by much) and an immense area of territory around it, including numerous smaller vassal houses. The Hightowers could theoretically be more powerful than the ruling Great House of less populous regions (such as the Greyjoys and perhaps even the Martells), but as they are vassals of the Tyrells, they are not counted as a Great House.

After the Targaryen Conquest, House Baratheon replaced the Storm Kings of House Durrandon, House Tyrell replaced House Gardener, and House Greyjoy replaced House Hoare. Orys Baratheon, the founder of House Baratheon, married the daughter of the last Storm King, so there was some continuity with the former House and its replacement. House Durrandon left no other known branches besides the Baratheons. House Gardener intermarried with many of the great noble families of the Reach, and House Florent is even a cadet branch of the main Gardener line. House Tyrell descends from House Gardener through the female line (much to the consternation of the Florents), so there is some continuity in the Reach as well. Thus, by the time of Robert's Rebellion, the Reach is the only region of Westeros which has noble Houses with rival claims to rule based on descent.

When Harren Hoare and all of his sons were roasted alive by Aegon the Conqueror's dragons, he had the ironborn choose one of their own Houses to rule over them (under the overall rule of the Targaryens), and they chose House Greyjoy. The Iron Islands are actually something of an odd case, in that for many centuries their kingship was not hereditary. When a king died, the powerful noble Houses of the Iron Islands would meet in an assembly known as a Kingsmoot to select a new king to rule over all of them. Five thousand years ago, House Greyiron killed all of the representatives at the last Kingsmoot, and ruled the Iron Islands as hereditary kings for a thousand years. The Greyirons were destroyed four thousand years ago during the Andal Invasion, when they were deposed by House Hoare. Whether the Greyirons should be considered a Great House that early in history is unclear.

House Hoare officially went extinct when Harren died, but it only went extinct in the male-line. House Volmark, an ironborn noble family from Harlaw, descends from House Hoare through the female line (much as House Tyrell descends from the officially extinct House Gardener through the female line). House Volmark never had particularly strong claim against House Greyjoy, however, due to a combination of that the ironborn are very misogynistic and don't place much value on female-line descent, and because of the unusual elected-kingship customs of the Iron Islands.

Nonetheless, no noble House from the Iron Islands can claim a better right to rule than House Greyjoy based on descent: multiple houses from the Iron Islands, including House Greyjoy, possess ancestors who were kings, but during the time of the non-hereditary kingship based on elections in the kingsmoot. Moreover, the Greyjoys were at least briefly kings during the Greyjoy Rebellion, so by the time of the War of the Five Kings, they are still held in very high esteem by the ironborn. Thus the situation in the Reach is still unique, with other noble Houses besides the current Great House possessing claims to rule based on descent, and specifically House Florent actually has a better claim than House Tyrell based on descent.

In ancient times, other royal Houses included House Greyiron in the Iron Islands, House Mudd - whose domain was located along the Blue Fork of the Trident and ruled as Kings of the Rivers and the Hills, House Fisher - which also ruled the Riverlands as River Kings, House Teague also in the Riverlands, and House Casterly in the Westerlands. However, given that at that time almost every castle in Westeros commanded a kingdom and almost every lord (great or not) called himself a king, it is unclear whether or not these houses should truly be called "Great".

It is notable that, in the books, House Frey was never made a great house: they were awarded Riverrun but not the power that comes with it, and Harrenhal was made the new seat of power in the Riverlands (making House Baelish the de jure Great House of this region). When Jaime Lannister arrives at the second siege of Riverrun (depicted in Season 6 of the TV series), in the books he is disgusted with the Freys and slights them by explicitly pointing out that they were not named the new Lords Paramount of the Riverlands, technically Littlefinger holds the title. Nevertheless, the Freys functionally claim authority over Riverlands, exploiting Petyr Baelish's lack of attention to his new lands.