View source
watch 02:21
Game of Thrones: Season One Trailer
Do you like this video?
Play Sound

March 5, 2012
The first season of Game of Thrones consists of ten episodes, including a re-shot version of the pilot episode originally filmed in October 2009 and November 2009, and was otherwise filmed between July 23, 2010 and December 18, 2010. Season 1 had a budget of $60 million. Season 1 of Game of Thrones was released on DVD and Blu-ray in the United States and United Kingdom on March 5, 2012, setting new sales records for first-week sales of a HBO series. On September 2, 2012, the first season of Game of Thrones won a Hugo Award for Best Dramatic Presentation.[1] David Benioff and D.B. Weiss were the executive producers and showrunners.

Inside Game of Thrones

About Game of Thrones

The Artisans - Gemma Jackson on the Castle Black Lift

The Artisans - Gemma Jackson on the Iron Throne Room 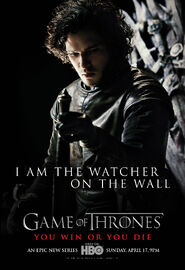 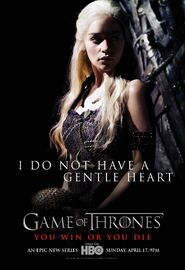 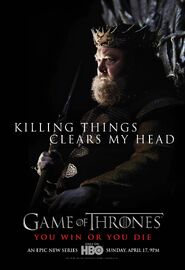 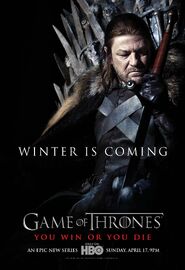 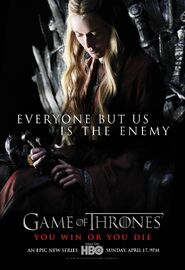 Season 1 was reissued on 20 November 2012 in a special limited edition box set. This set contains the entirety of Season 1 on Blu-ray and DVD (with the accompanying special features), as well as access to digital downloads of the episodes. The set also included a dragon egg paperweight and a bonus preview disc containing the first episode of Season 2.

The season generally follows the first novel A Game of Thrones, and consists of a few scenes based on the second novel A Clash of Kings.