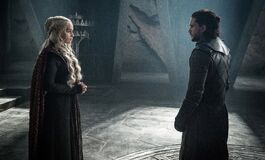 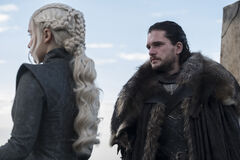 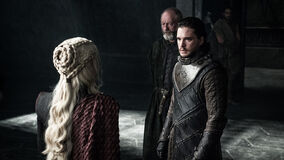 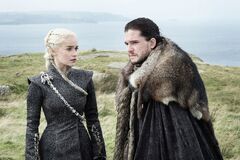 Daenerys wearing her own dragon designed livery collar in Eastwatch. 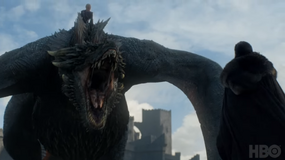 Dany, Drogon and Jon in Eastwatch 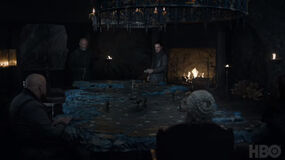 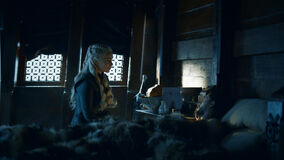 Dany and Jon in Beyond the Wall (episode). 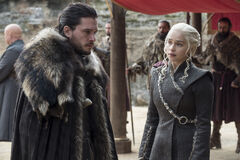 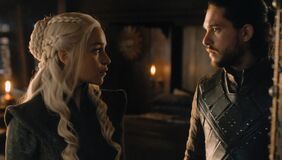 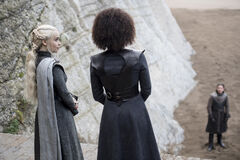 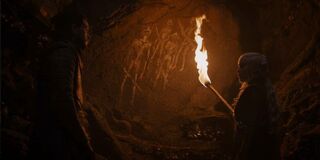 Jon shows Dany inside the caves of Dragonstone 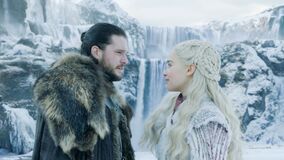 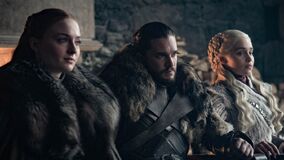 Jon and Dany seat next to one another. 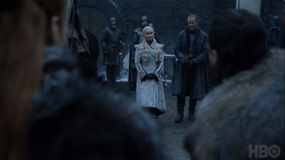 Dany and Jorah arrive at Winterfell with Jon and approach to meet Sansa. 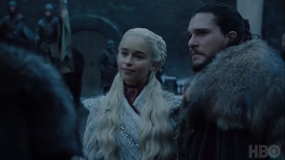 Dany and Jon meet with Sansa 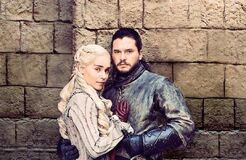 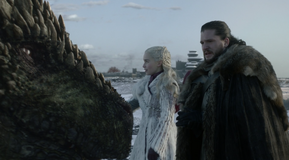 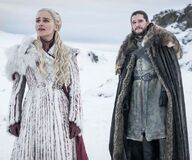 Dany and Jon in Season 8 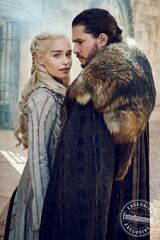 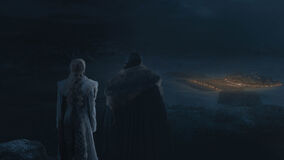 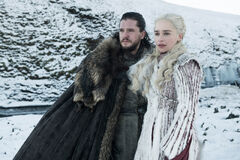 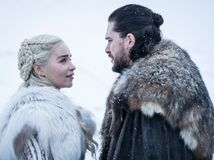 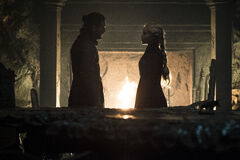 Dany confronts Jon about the truth of his identity and to keep it a secret. 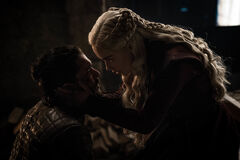 The Last of the Starks 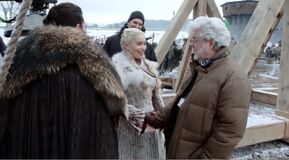 "Kit" and "Emilia" behind the scenes with George Lucas. 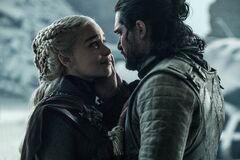 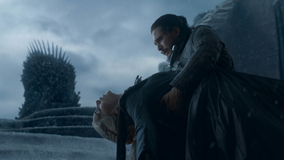 Jon slays Dany
Add a photo to this gallery

Retrieved from "https://gameofthrones.fandom.com/wiki/Gallery:_Daenerys_Targaryen_and_Jon_Snow?oldid=423487"
Community content is available under CC-BY-SA unless otherwise noted.