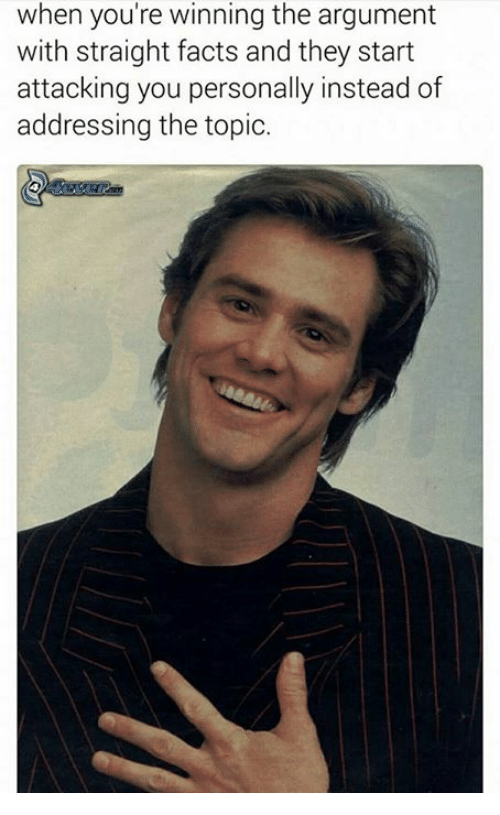 I rest my case.

No one actually gave a damn whether she belonged to Westeros or not. Also, though practically I believe Daenaerys should be the lawful heir the norms dictate otherwise. So, Daenaerys is the Queen by right of conquest then and the 3 dragons can put her way up any line of succession. Nobody cares about a Targaryen unless they got Dragons. So fuck Jon.

And Arya did kill the NK but wouldn't it be more glorious that she could do it without Daenaerys. I mean who needs 3 dragons, a Dothraki horde and an Unsullied phalanx when you've got a chick who can stick it with the pointy end, right? And remind me who gave up Jon so easily at the council, why didn't the Northmen fight for him, why were the Starks only able to retake Winterfell in the name of Sansa and not Jon, why didn't anyone try to save him if he's oh so important?

Objectively, Daenaerys positively changed the lives of millions of people throughout the known world. No other character, or even all the characters combined, can rival even a millionth of what she's accomplished and achieved. The entirety of the realm of ethos owe their life to her.

Daenaerys fans do follow her loyally but there is Paramount objectivity behind that faith & support.

Wasn't the stuff you said exactly the things said about Aegon the Conquerer. Foreigner, Delusional, Tyrant and how did that turn out?

Also, Aegon extinguished 2 Royal houses and made the rest surrender to him. The claims of all these houses were comfortably older than even Valyria itself, yet the one with the shortest lineage ruled over them.

Who was responsible for rejuvenating magic in Westeros after the First Men and the Andals vanquished it? It was House Targaryen and it's dragons - a factor which Daenaerys contributed to heavily.

With which Queen was the defeat of the Night King possible. Jon couldn't do shit on his own.

So to answer your doubt - yes Daenaerys is the Queen of Westeros by virtue of histories, by claim through succession and by right to conquest. Pick whichever option you like the best. And not to forget 3 Dragons!

Reality Check - No one gives a shit about Jon, not even his so called siblings. He also only had the support of the Wildlings alone and couldn't have become King on that. Sansa commanded the loyalty of the North, the Vale and the Riverlands while Daenaerys owned the fealty of the Reach, the Iron Islands and Dorne, Stannis had the Stormlands and Cersei had the Crownlands. Jon could never have garnered support from throughout Westeros to put his claim. He'll, Jon couldn't even have made his native land of the North to stay in the 7 Kingdoms.

Technically yes, but it is fair for anyone to assume that Daenaerys is the Queen because she has been persistently present in the line of succession unlike Hon who appeared out of nowhere. Also, Daenaerys hatched the dragon eggs, so she automatically becomes the best claim by virtue of bending reality with her magical hatching of the eggs.

Cersei is the Dowager Queen at best and the right to the Iron Throne fell back to Daenerys the moment Stannis died extinguishing the Baratheon right to the throne ,which they earned by conquest, reinstating House Targaryen's claim to the throne. Therefore, Daenaerys is the rightful and the reigning Queen of Westeros by virtue of birth in the line of succession.

A reply to Dave chaves
1

What's in the boat?

Before this I never understood the need for WW's to use giant ice spiders as mounts. It looked scary as hell but I never realized that those spiders were meant to climb the Wall. Thanks for clearing that out.

Then why the hell did he let all of the North get killed in order to save himself.

Yeah, I'm sure he saw himself get killed by the by the NK and hence got Daenaerys to save his ass.

When he SEES the future, then he can TELL someone about the future and hence avoid certain uncomfortable scenarios like an assassination attempt maybe.

Why can't he stop the assassination?

Bran's exact powers were quite ambiguous in the show. He knew Jaime was coming but he didn't know where Drogon went. He agreed that he came to become King but he couldn't save Jon from exile. He saw how the NK would attack but still let the Dothraki charge straight up to a wall of wights. Bran knew exactly that Jon's wight hunt was a bad cause but he did nothing to stop it. He could have predicted attacks on Castle Black and Last Hearth but he didn't.

You know if Bran really used the Greensight he could simply have avoided all strife in Westeros. Bran could just warg into Cersei, Dany and all major Lords of Westeros and even from the free cities, show them the threat and it's authenticity and manipulate them into bringing all their forces to defend the North. Bran as a character is the most that D&D failed GRRM and all of us.

How the fuck did Tyrion even get the authority or right to grant Bronn Highgarden and it's Paramountship? The Tyrell's married everywhere so literally any house in the Reach has better claim than Bronn and the most chivalrous region of the 7 Kingdoms is to suddenly just accept a sellsword as their head, no bloody way. The Reach would have rebelled even before Bronn set foot out of the capital.

Dave, The show messed up the manipulation part as well. There was no clear indication of manipulation on Bran's part. It all seemed to be the work of Tyrion who suddenly became the most reliable man in Westeros just after killing the woman and his Queen who made him everything. Seriously, Dorne, Reach, and Iron Islands simply accept a Lannisters word after what they have suffered under their rule. The Vale suddenly forgets the massive contribution of Daenaerys in the fight for the North, to believe a turncloak, where is the high as honor motto when you side with a man who betrayed them. The Sormlands so easily forgetting that their current misery and loss of their King Robert and his brothers true line is the cause of Tyrion and the Lannisters. The Westerlands simply forgive the man who killed their Lord Tywin who brought so much prosperity and restored the status of West to it's peak. The North forgetting that the reason they are in this mess is because of the Lannisters and that Daenaerys bailed them out of the Long Night. It wasn't manipulation, it was straight up ungratefulness on part of the Lords to even listen to a prisoner let alone abide by his opinion so foolishly. It was plain old buffoonery of every moral the characters stood for. Too much plot device and armour when there is no need for such. They didn't even care to justify just how and to what extent Bran used his powers for manipulation.

A reply to Dave chaves
1

I find it hard to actually see a Stark do any good outside of snow. It sounds ridiculous but my favorite moments for any Stark have been derived from scenes that contained snow and the North. It's just so many exceptionally great moments of House Stark have come when we place their people in freezing Snow White temperatures. Simply seeing the last 4 Starks in KL for the final gave me the creeps. It is one of the reasons if not the only reason I have problem seeing Bran as King of Westeros when I feel I could completely accept him as a King of Winter. Plus the whole 3 eyed raven thing could have worked out if he were King in the North, ruling over people who believe in his Old Gods and then there could have been an actual God as a King for the people who literally worship the Starks. Bran as King in the North could also have meant unification of the people beyond and behind the wall as one Kingdom thriving under an entity they are loyal to beyond all differences. Giving this all up now Bran is King of a realm that entirely things the Old Gods ridiculous and have not witnessed the Long Night. I mean who apart from the Valemen even contributed to the fight to confirm the existence of Legends.

The other kingdoms could have simply gone back to the ways of pre-conquest or have had Gendry rule over as a hereditary monarch as the last surviving member of a ruling dynasty. But all of it was just too much content for the creatore to handle I guess

You could have given me that, afterall I spelt it differently and maybe there could be more than one person named Yigrrite.

To continue the chain - Ormund (Baratheon) letters still 'D' though.