I actually suggest you don't come on here unless you don't mind things being spoiled as this show is over and poorly DONE.

^^Then I must've ruined in too

A reply to Poelina
0

Westeros would implode without his pieliness so yes.

A reply to TAFFY TRUCKER
0

A Game of Thrones. I'm in the exact situation as you are and don't remember everything. It's nice having awoiaf to refer to but as soon as the official release date is out for TWOW I will start fresh from the beginning.

Lol he preferred murder to sex

Posting it anyway. It's too funny. 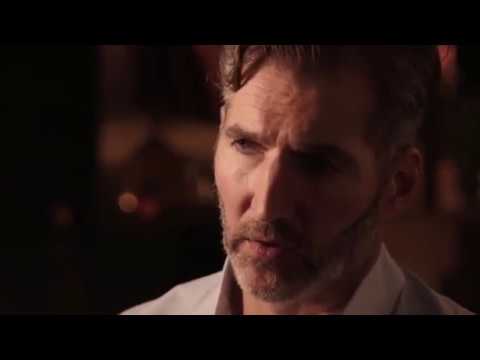 Dany forgot about the Iron FleetYouTube

Yeah they got in a hurry. Have you seen the YouTube video where David Benioff keeps saying "Dany forgot about Euron's fleet" then it goes to a scene where they are clearly discussing it..then back to David...back to discussing it... it's hilarious. If you haven't seen it I'll post it

They could have written in better. In Martin's style. Not moved so fast. Done 10 episodes a season.

LOTR books to movie? Are you serious? I don't believe that you read the books bc that is one of the most insane comments I've heard. They were beautifully done movies but they could easily followed the books which were better. Christopher Tolkien hated them and I think I read that he refused to watch the Hobbit movies as the LOTR movies broke his heart.

The point is, as far as Thrones is concerned, they weren't deviating much from the books until they ran out of books and our issue is how shitty the writing got once the books ran out, They needed to keep the same writing style even if they were going to do the plot that they did. Keep the writing to the standard it was for seasons 1-4. Does that make sense? Forget the story they told for a minute and think of the writing. It needed to be consistent with the previous seasons even if the plots are different. People wouldn't hate it so much if the writing was the same.

The LOTR's movies were epic disasters if you're a fan who was expecting it to go by the books.

GoT goes along perfectly and abruptly changes course. If you can't see that then you seriously need to read the books bc you are swallowing a bunch of Hollywood type writing rather than Martin's beautiful writing.

The issuses started about half way through season 5 and the rest is all made up shit by D&D who are terrible writers.

Well in the books Jon is still dead. Stannis is alive. There's no such thing as the Night King. Lady Stoneheart kills instead of Arya...if you've read them then I don't understand you're gripes at all. None of them will happen

No see, SOME parts of season 5 were good. The rest of 5-8 were trash bc they weren't written in Maritn's style. There's a giant change in the writing- very obvious. Really glad the books won't end the way the show did.

Oh I can see how you could be saying that. Jon did have it the worst. He would probably have been the best Targaryen king in many a moon. Bran could check into that.

A reply to AbKnight Auror
1

I like Jon. He's not a dummy. He's the only one who saw the real threat and while the real dummies were worried about who is the true ruler he was yelling that it did not matter bc they will all be dead if they don't stand together and fight.

He's logical and practical and honorable. He's a leader even when he doesn't want to be. I think he got the best of Rhaegar- who I think would have made a good king- and the best of the Starks. The dumb thing he did in the show was go get the wight to show Cersei but we already know that won't happen.

A reply to Anonymous Rivian
1

@Vader finally someone- @Dom2224 is saying everything correctly. You know why he knows these things? He does it for a living. So everything I've been trying to say- Dom just said much more eloquently. Take each comment he's made and you'll have the facts right there. It's really not an opinion, it's fact of war when someone sacks a city like Dany did, supposedly breaks their chains- making it worse for them, and leaving the city a huge mess.

She could have freed one city if she stayed and gave a fuck. Established a new form of government which would take years to transition to, but she would have to stay for the rest of her life and be queen there.

BTW this is what happen in the book (from awoiaf): The Meereenese, warned by the fall of Astapor and the battle near Yunkai, do not allow contact to be made with Daenerys Targaryen, retreating behind the formidable defense of Meereen. They strip their land, leaving Daenerys with scorched fields and poisoned wells, and they nail a disemboweled slave child up on every milepost along the coastal road from Yunkai, with an outstretched arm point toward Meereen as a message to Daenerys.

They did not want her there after hearing the terrible things she did to Astapor and Yunkai. And yes they called her Mother but then they started writing Mother is Master on the walls around town. Get a clue Dany.