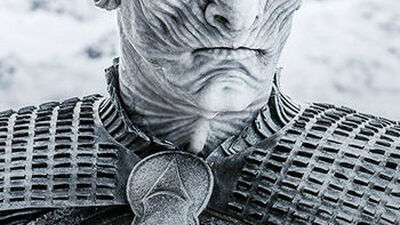 The Night King was the master and the first of the White Walkers, having existed since the age of the First Men. He was also the supreme leader of the Army of the Dead. The Night King was a First Man who was captured by a tribe of the Children of the Forest. Leaf, who was among the group... 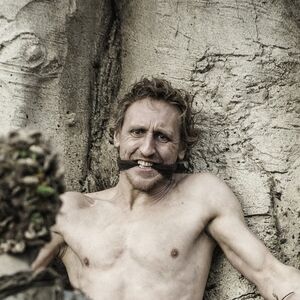 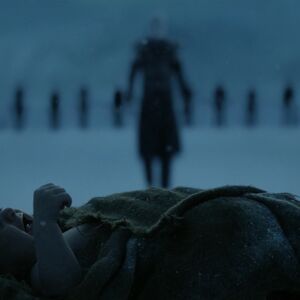 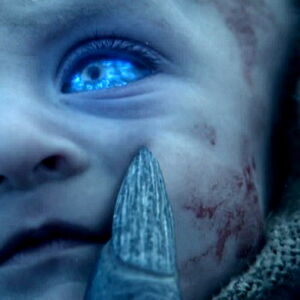 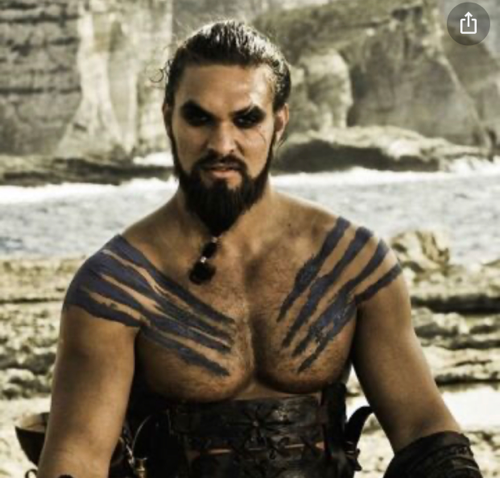 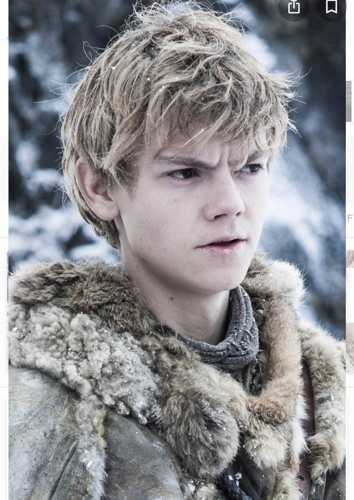 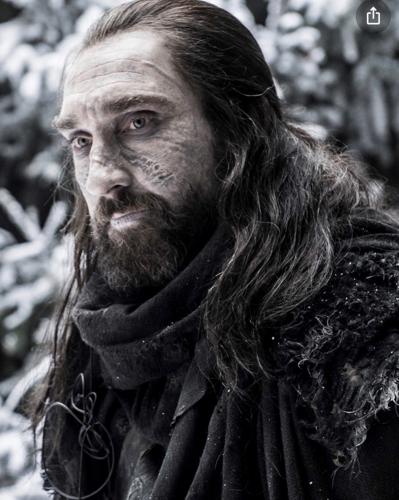 While I was making my GOT character tier list I realized how bad character is the Night King.

In the books, the Great Other is mentioned as a enemy to R'hllor, the god of light, by Melisandre. Followers of R'hllor believe that there are only two gods, R'hllor and the Great Other, who wage an eternal war over the fate of the world. All forces of darkness, cold, and death are believed to be only servants to the Great Other. Melisandre refers to the Others as the "cold children" of the Great Other. The Great Other has never been mentioned by any Westerosi although all know of the Others from legends. According to Melisandre, sleep is a little death, dreams are whisperings of the Other who would drag everyone into his eternal night.

But we see Bloodraven and Bran:There he sat, listening to the hoarse whispers of his teacher. 'Never fear the darkness, Bran.' The lord's words were accompanied by a faint rustling of wood and leaf, a slight twisting of his head. "The strongest trees are rooted in the dark places of the earth. Darkness will be your cloak, your shield, your mother's milk. Darkness will make you strong."

This ties the Last Greenseer, Brynden Rivers, the Old Gods, and Bran Stark to the theme of darkness that draws The Great Other into opposition with R'hllor. And Melisandre sees a vision in her flames: At the Wall, when gazing into the fires, Melisandre sees a wooden face, corpse white, a thousand red eyes, and a boy with a wolf's head beside him. She thinks to herself that they must be the Great Other's champions, as King Stannis is hers.

A wooden face, therefore a face of a weirwood, a symbol of the old gods, and the three-eyed raven, which are both closely related to Bran. A corspe white face, which Bran has in the books,or could be referring to the white wood of the weirwoods. A thousand eyes, which would be the eyes of the weirwoods, and in the Dunk and egg books, you will find:

'How many eyes does lord Bloodraven have? A thousand, and one.’

A boy with a wolf's head, which would be Bran，because his sigil is the direwolf. This could mean that either Bran, or Bloodraven could be the great other, if there was such a thing.

Also, Melisandre thinks that dreams are whisperings of the great other, so that it might be true.

Another theory is that the great other, as it is called, is not evil. Perhaps, Bran or Bloodraven will be the ones to kill Melisandre, because the red god in the books can easily be portrayed as evil, and as Jon describes it, "the hungry red flame."

I'm looking forward to Stannis and Melisandre vs Bloodraven and Bran. 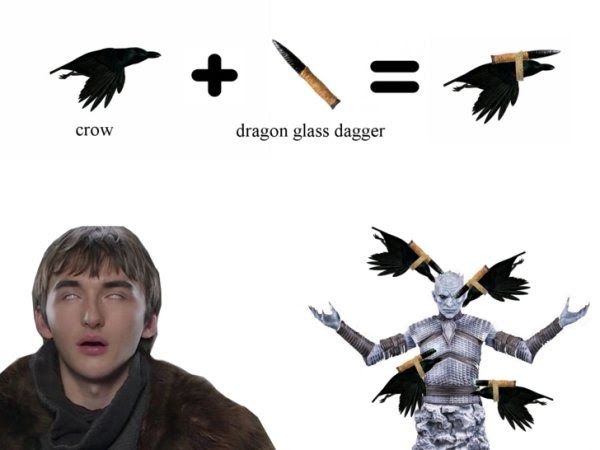 First we thought, GoT last season was gonna be like.... a New Night King Rises amd takes over the throne.. but... They teally surprise us.. yeah...

Bran is the true villain. Even if they establish him as a hero, I still see him as a fucking villain. Here's some reasons (AND SOME OF THESE ARE JOKES PEOPLE REMINDER):

Bran Stark is the worst. I hated him anyway. 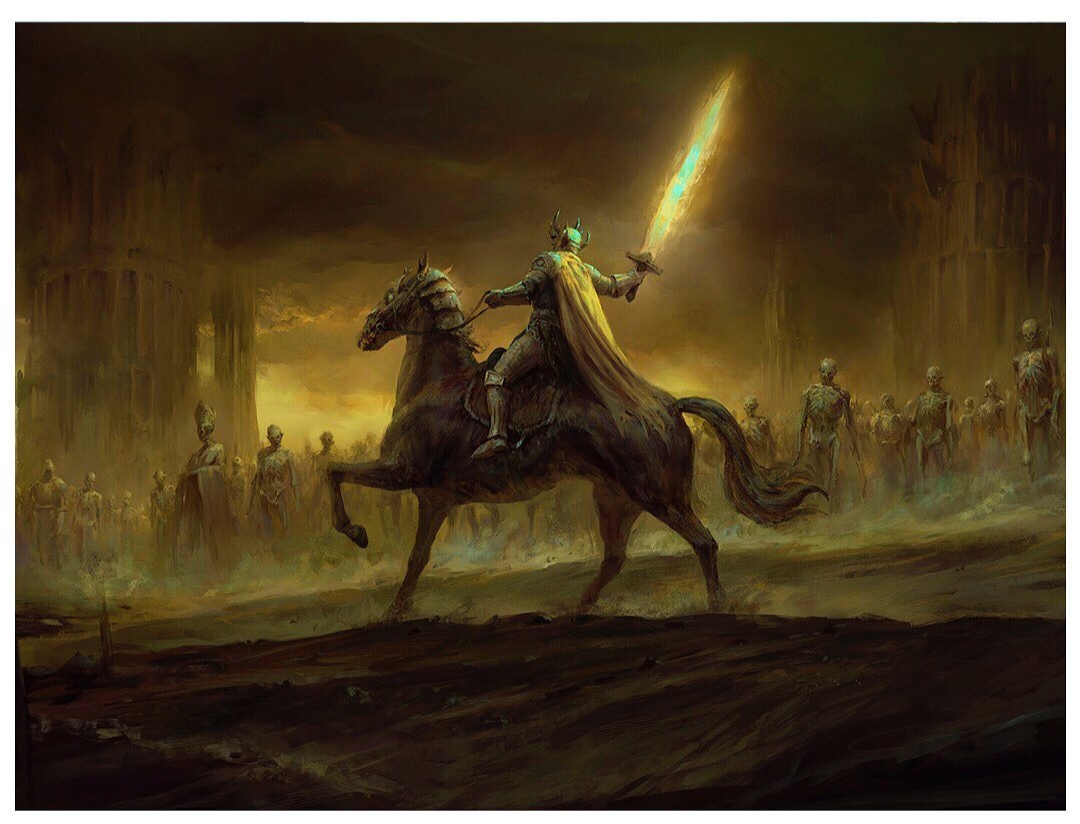 How do you feel about the show? We know some things like it's in the Age of heroes, and will follow the intial conflict between the men and the walkers but how do we think it will actually progress, in comparison with GOT and independently as a fantasy show. The whole plot is basically chasing the idea of the War of the Dawn and it's previous and successor events. There aren't Lannisters or Targaryens or even the involvement of GRRM. Though even with them missing it carries so much more lore and content freedom as in it can be even more unpredictable than GOT. Also to mind is the fact that if Bloodmoon doesn't follow into success then the remaining alleged ASOIAF related projects would also be shelved. There's absolute opportunity and space to fit almost anything while also being an overall narrative to hold on to. What do we think about Bloodmoon? Any assumptions, theories, plot ideas or anything at all. 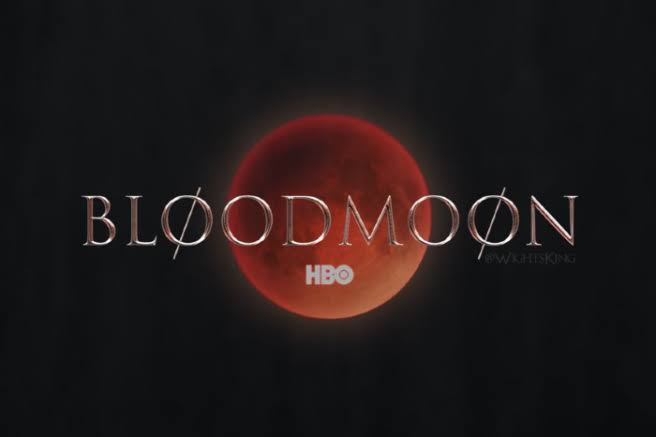 Can you explain to me how Arya suddenly appeared behind the Night King and then kill him???(he was surrounded by thousands of whights and also 7 Whitewalkers)

I think arya is the princess that was promised : she defeated the dead by killing the night king , when dany went mad and killed all civilians on kings landing she was the only unharmed survivor she rised from “ashes” like the prophecy said and the last thing is dragons , i think the west of westeros will answer this question . Maybe she will find dragons nest there . And about the prince that promised a returner from death . I think maybe arya is the incarnation of jon’s mother liyana stark . Ned stark said it himself : arya like liyana in personality . Or maybe when arya uses her faceless skills she make the dead alive by being them . Or maybe she will die on west of westeros and reborn again . Why did i thing this theory is maybe true : because we didnt see arya killing a green eye like the prophecy said so this green eye maybe is the villain of what west of westeros or a green eyed dragon we will know nothing til arya spin-off comes .... or the books

So did the prophecy come true?

Was Jon Snow “The Prince who was Promised?”

I think in the end... maybe the army of the dead and the supernatural evils paled in comparison to the darkness of human nature.

The Night King was quickly dispatched in “The Long Night,” because the true villain ended up being someone beloved, with good, yet very misguided intentions.

This speaks volumes to the “evil is a point of view” trope. Those who are villains don’t see themselves as villains.

I believe this was prophecy fulfillment... only Nissa Nissa was the true villain this time around, and it was up to Azor Ahai to take her down, and deliver the world from the evil and darkness she would ultimately bring through her misguided intentions.

The night is dark and full of terrors.

I think once the Night King touched Bran he could see into the Night Kings future and just made sure everyone played their part to get himself to the throne 😭 Shiii we can even speculate that the visions the Red Woman was seeing was Bran. Making sure she got everyone in the right place 😭 just like Bran told Jon at the end.

- are the white walkers extinct now?

- So she is Dora the explorer now? What happen to being the faceless assassin?

- Where did he bring Daenerys to? Did he eat her or burn her?

- is baelish death for real?

- so is littlefinger that dumb?

- How did Melisandre manage to evade the Night King and WW to get to Winterfell?

6) The Unsullied and Dothraki

- How are there this many Dothraki and unsullied left?

- Did the Battle of Winterfell not kill most of the army?

- so grey worm is just gonna fuck off to the Island of Narth without any sense of revenge? What happen to his ruthlessness?

- he killed his queen and the dothraki and unsullied are cool sending Jon to the nights watch. Whutttttf?????