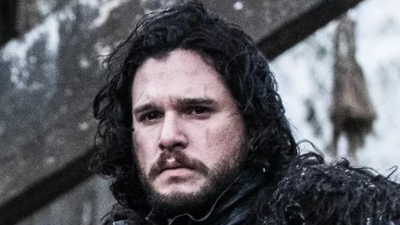 Jon Snow, born Aegon Targaryen, is the son of Lyanna Stark and Rhaegar Targaryen, the late Prince of Dragonstone. From infancy, Jon is presented as the bastard son of Lord Eddard Stark, Lyanna's brother, and raised alongside his lawful children at Winterfell, the seat of House Stark. However... 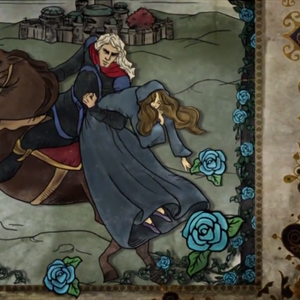 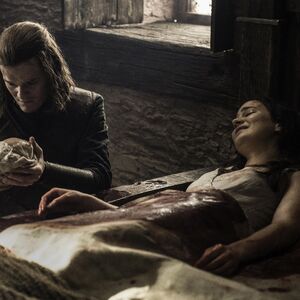 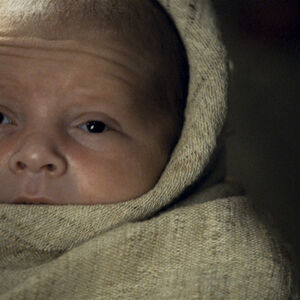 Quiz: - Game of Thrones Quiz with 50 images for Only True FansGrabAlerts.com 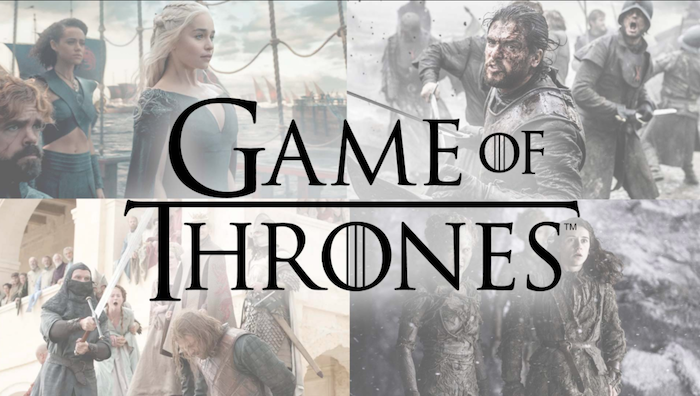 This Game of Thrones Quiz is very insightful. 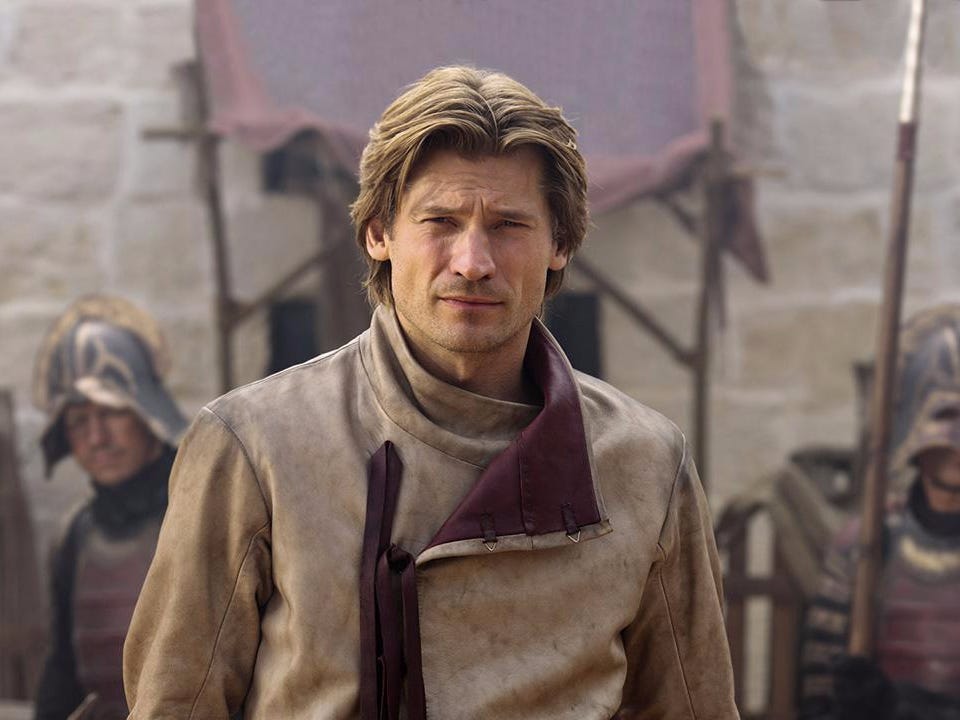 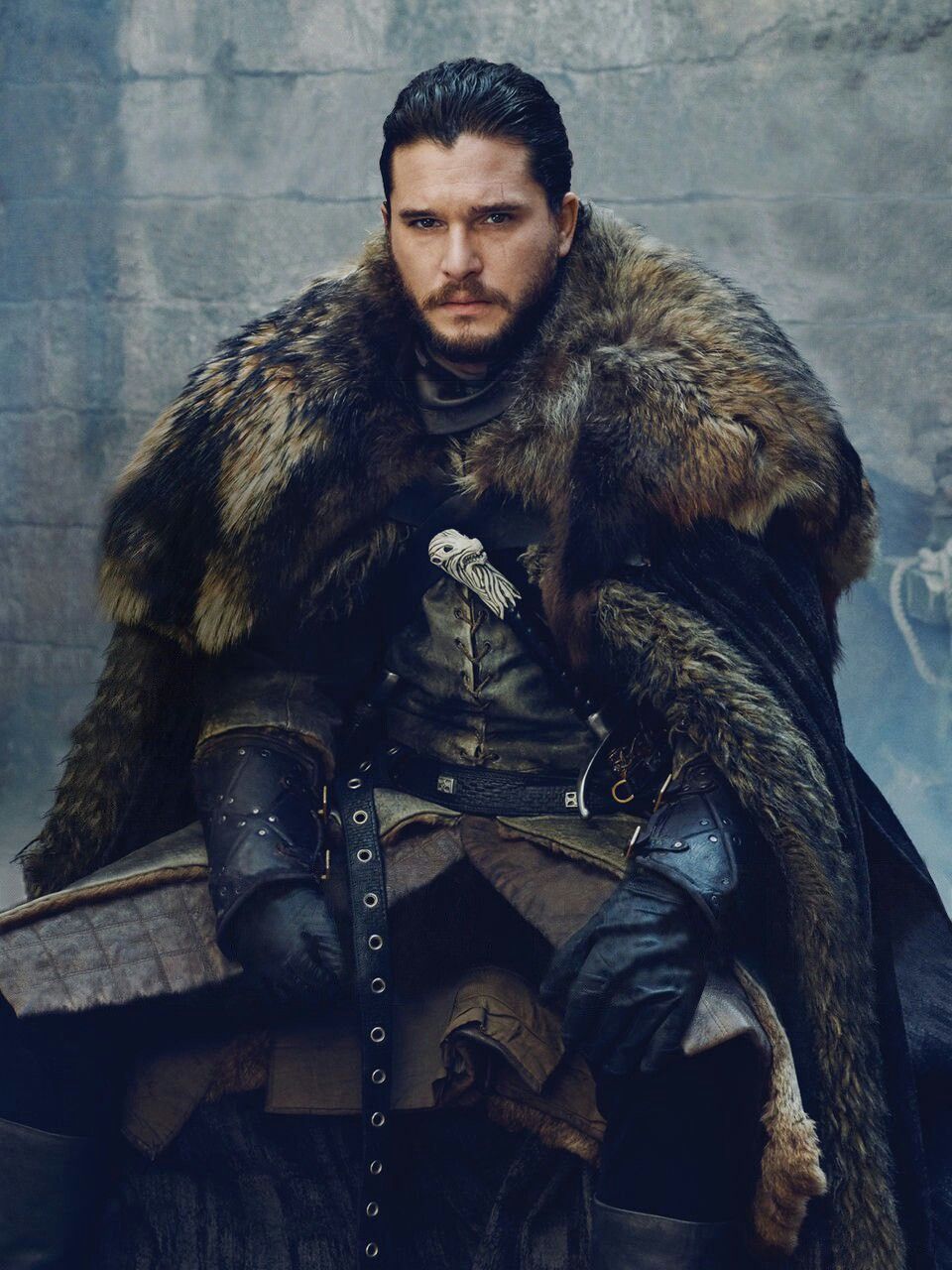 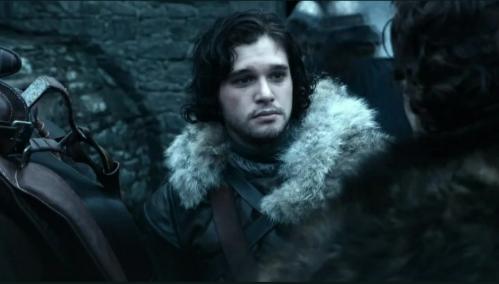 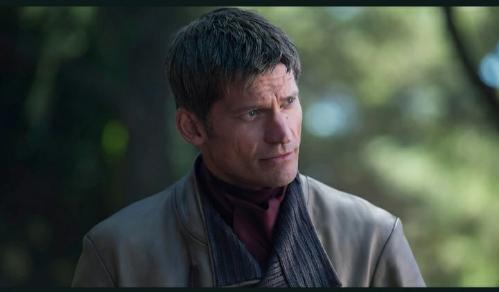 An alternate reality dany survives and she and Jon live in exile and have a daughter together! 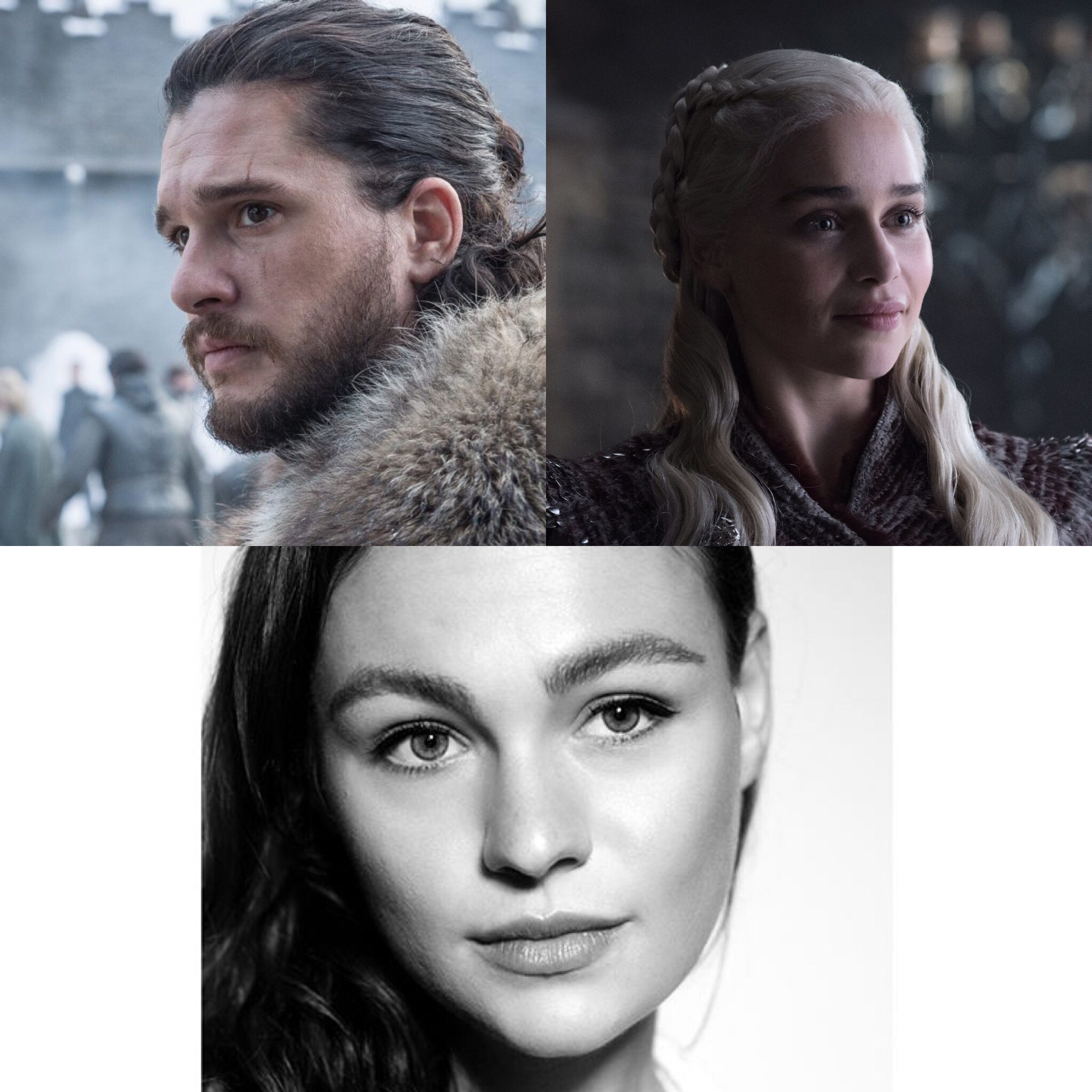 This @The Spartan Warrior in my New Account!, the last I one I deleted!

I haven't even read all of the books but Ima stay here cause Idc so don't bother tryna make me read b4 coming. :) I LOVE Daenerys, she's SO. DAMNED. PRETTY. Okie, that's all. Bye. :)))

As much as Catelyn Stark hated Jon because of what she "thought," why didn't Ned tell her the truth so she wouldn't think he was a cheater and her nephew was a bastard?

Did Ned not trust his wife or was keeping his word to his sister more important than his reputation and that of Jon's?

Sansa is throughout the season is shown cutting whatever Jon does and she even tries to undermine him at every step.

1. During talk with Davos she says that she is a stark.

2. Demanding other house allegiances by force and not having any answer to their any ques...(looked to me like a spoilt brat girl using her family name for everything)

3.Not telling Jon about the army of Vale and letting so many i mean so many people be slaughtered ( she could have easily stopped it)

4. Undermining Jon later in front of other lords and whe asked what to do ..She says she doesn't know!! So!!

I have observed that she just wants to prove how "good" and "honorable" she is despite her entirefame and name being that she is daughter of Ned Stark.

She literally has no experience, has bad role models like Cesei , always tries to overpower people and in the ends gets herself insulted.

She seems to be a kind of person who wants to be right at other people's expense , whose only advamtage is she has a name...literally every character has some quality but all sansa has is her big mouth!!

What do u think why does she behave's this way?

Is such a 'ruler' even fit to hold control of the huge north?

As Sansa and Jon are discussing about the next step (about what they will do, where they will go).

Jon reasserts that he is not going to war again as he is tired of fighting.

At this moment Sansa says that she will do it herself?!

What do you think she would have done or she was as always being overconfident about her position? 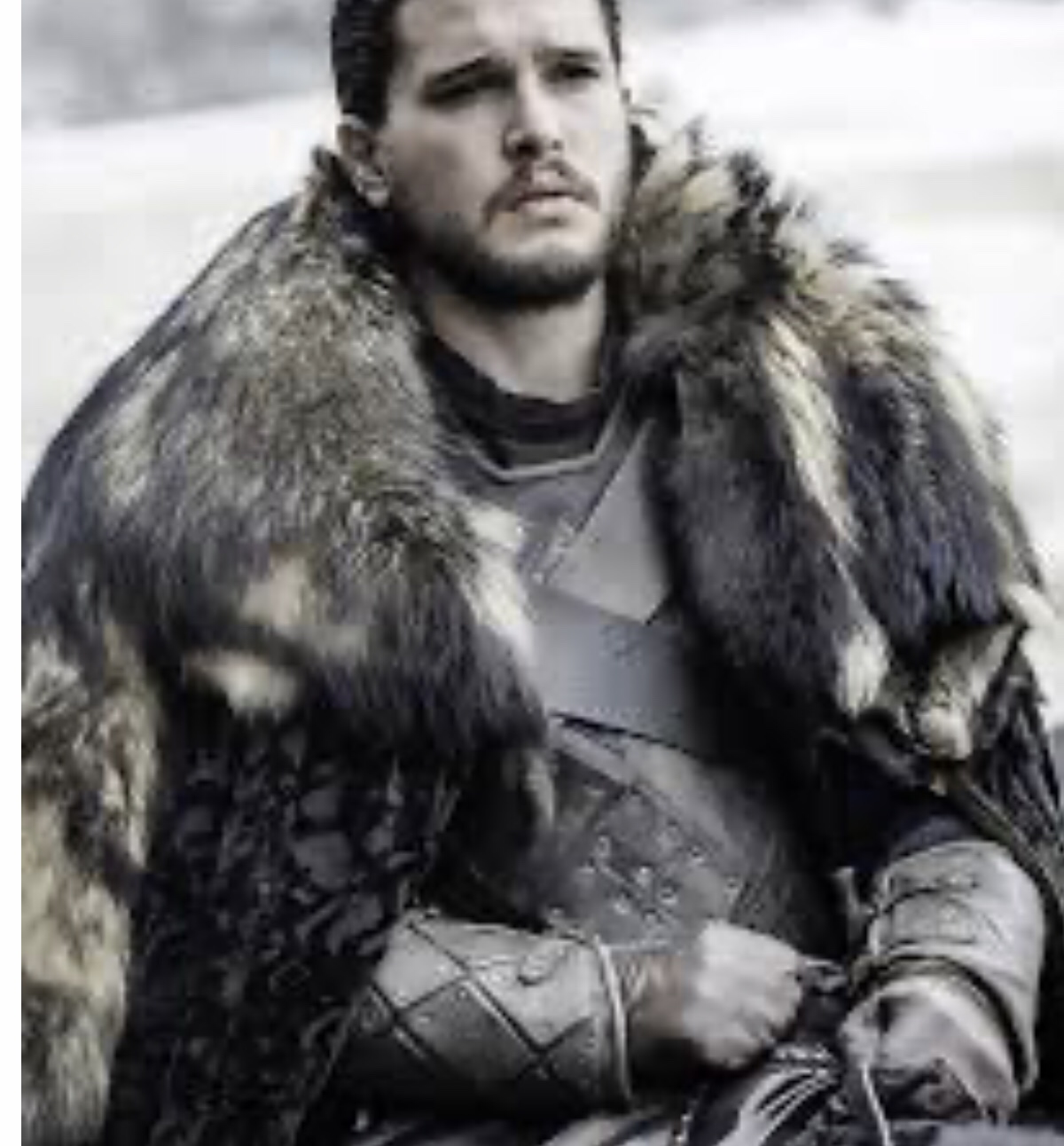 King in the North

So as everyone knows *spoilers*

Bran got the iron throne but but , sansa got the north! Arya got control of the see (somewhat) and Jon will eventually control the night's watch.

So we see that the starks have ULTIMATE CONTROL over the entire realm...I feel all of them are incompetent except off course Jon (not even a stark to begin with😂😂)

They would have never won the war ever without the dragons EVER!!..They just dont have any talent to lead and hold people together and now they have absolute power for which they never even had to work it seems.

Arya has become a girl devoid of feelings and frankly speaking is just too overpowerful which she cant be .

Bran's only claim to throne is his visions but a person working only on logic can never be a good king as one needs to have feelings as well.

Sansa is laughable to say the least and till the very end she seems to be the lost girl living in her fantasy land where she can threat anyone not thinking about anything.His brother will come running to save her!!

None of them ever fought a war but are very quick to judge anyone and everyone .PATHETIC STORY

The only stark having any real sense of battle, a story and motive is JON who isnt even a fu*** stark to begin with.

Dany and Jon are the only ones having any valuable claim and both were removed and the wheel broken and the incompetent starks came on top under which i dont think even a tree can grow let alone seven kingdoms!!

IN THE END THE TARGARYENS WERE MEANT TO RULE BUT D&D DESTROYED EVERTHING.

WHAT DO YOU THINK ??

I just stared GOT and I was wondering what people thought of sandor clegane, I think he is a hctib sometimes but i really do like his character. What do you think of him and all the other characters?

Jon SnowDaenerys TargaryenSandor Clegane
Yes! I want to explore the world of Westeros!
No! It will be horrible!
Are you talking of "Legends of Runeterra"? 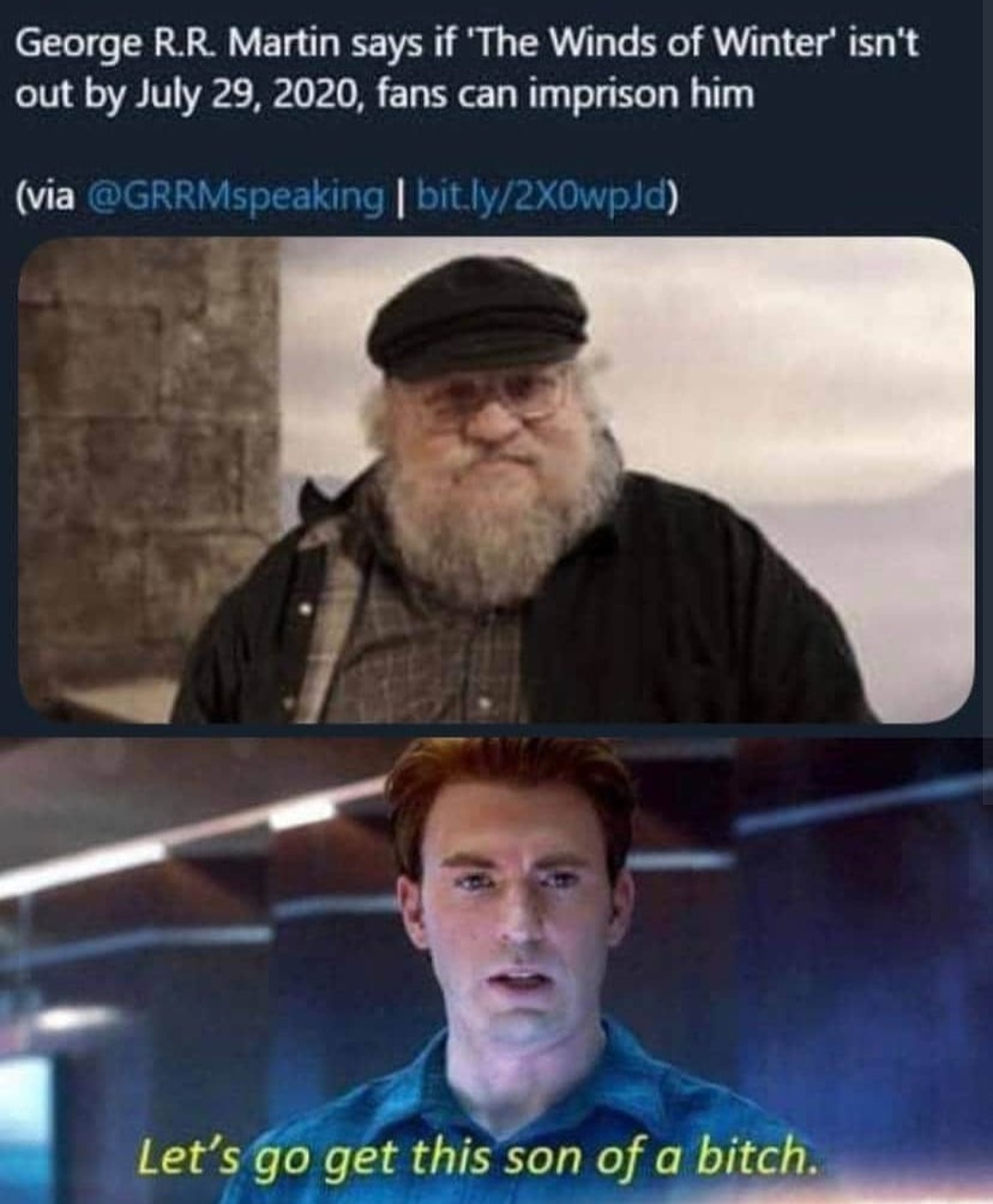 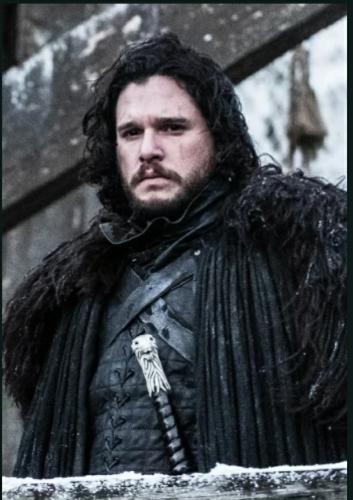 I was just scrolling on Quora and I found this. This is true too.🤣🤣🤣 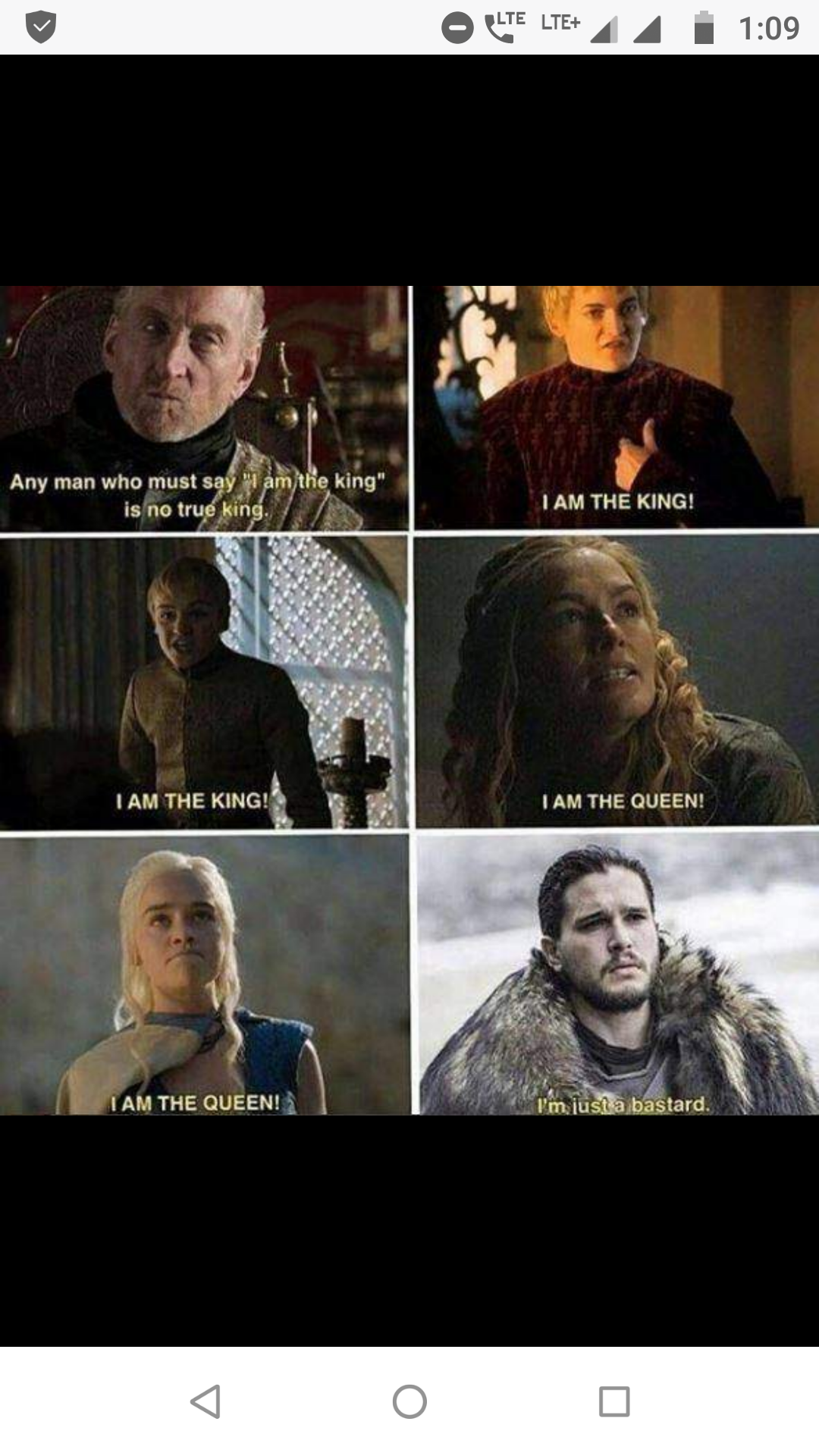