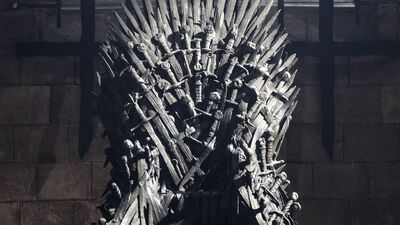 This article is about the throne of the ruler of the Seven Kingdoms of Westeros. For the sixth episode of the eighth season, see "The Iron Throne." The Iron Throne was the throne upon which the King of the Andals, the Rhoynar, and the First Men sat, located in the Great Hall of the Red Keep in... 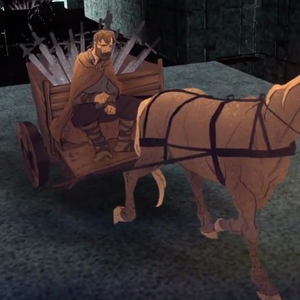 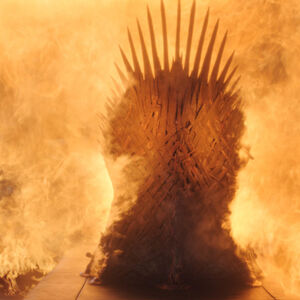 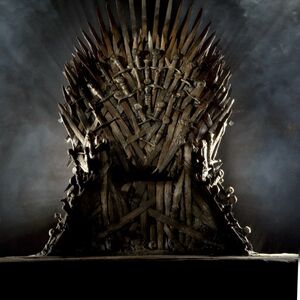 Come to think of it, the whole show could've been named that lol

Anyways, to the point.

Throughout the show (or books) we see many characters doing evil deeds, and for the most part we're provided the motivations a huge ass deal of time after that. Like Jaime's reasoning to kill Aerys, Tywin's reasons for all the masterful politics he was doing, Jorah's reasons behind his letters to varys etc etc

Now the topic I wanted to discuss in detail here, are the differences between motivations of certain people that justified their actions in their eyes. Jaime I'm not going to touch, as breaking your vows and losing your honor to prevent mass destruction of a city and hundreds of thousands of people is straight out heroism, no matter what side you're aiding.

Regarding Tywin, I find his reasoning to be as good as the one any Lord could have. He did undeniably evil things, but there is one particular thing Tywin does not do, like most of the villains in history. He does not intend to destroy the kingdom, or even his enemies really! He wants to control it, and see it thrive as his legacy. Same thing was the reason why the Westeros was a thriving economical hub during Aerys II reign, when Tywin was hand of the king. Overall, I find his way justifiable, but we all know I'm not a moral one. I do think he had no less right to do what he did than Targaryens through the two centuries of reign.

Speaking of Targaryens. Dany. Hooooolyyyy shiiit. That's ought to be the most hypocritical character in the entire show. Saying "I will never do that". Moments later, she does. Jeebus. A madwoman, entitled brat, fucking her way into the power in the most literal way...

Wait motives, motives. I'm getting astray, damn you my brain. So she's motivated byyyy... Her "right" to the throne! How... Honorable! Jesus, even I can't stand the sarcasm in the last sentence, beg your pardon *vomits*.

Aight, where was I... Ah, motives. So she goes on and on about bEiNg a RiGhTfuL kWeN. Jesus fuck. I'm blaming Jorah for the entire bullshit that went down in Westeros. But I get him tho... Cus had it not been for Jorah making sure she gets through, and Viserys for making her literally CRAVE FOR THE THRONE. (I'm pretty sure she was turned on by the sole thought of it, but hey, that's just me being a cunt) she could actually turn out to be a pretty good ruler! She had the potential. It just got utterly wasted by the messiah complex and her obsession of the Iron Throne. And GOD HER ENTITLEMENT IS WORSE THAN JOFFREY'S. But I'm getting distracted again, back to motives. So yeah, Iron Throne obsession, plus wanting to help people in the beginning. Okay, good so far. Until Westeros. She want batshit crazy there. "BOW TO ME YA SHITS, I'M YER QUEEN" was pretty much what she did. "Yo, I'm from a mad incest dynasty, i got a fucking dragonx3, plot armour and I'm a fucking Dothraki more or less. Wanna join? If not, then you're dead". That's like... The worst first impression you can get ever. So the people disliked her. And she did not like that they don't like her for being an entitled brat. God, that's ironic. So she actually grew to hate people. Aaaaaand, we know how that ended. So I'm saying, that Dany did have good intentions and... Okay, more or less good motives before Westeros. Then I'm never calling it a good motive. She was straightforward "GIB STEEL CHAIR" and there was nothing else there. So unlike, per se Tywin, her actions did not have motives that had a potential aim of stabilising anyone's but her future. (and yes Tywin's did, since LEGACY is for the ones AFTER you, not for yourself. Even if it's just a side effect, it's still good)

Now you may say "But Dom, she would leave a legacy too!" yeah sure. Like anyone would even want to be under her rule since she burned KL. That'd be worse than pure fear rule. Wait, that actually was a pure fear rule for the Westeros part. That's actually hilarious.

Now if you actually beared to read through this (and God help me if I think it's easy to bear with what I write and how I write), I'd like to hear your opinion on the matter (not speaking to you Godzilla, but you still can voice your opinion nonetheless), so we can discuss it furthermore. Who knows, maybe even someone will convince me I'm wrong in some way? (don't worry Godzilla, you don't have a slightest chance to do that)

So yeah if anyone has any tips or anything really i’d really appreciate it. Let’s be friends btw. 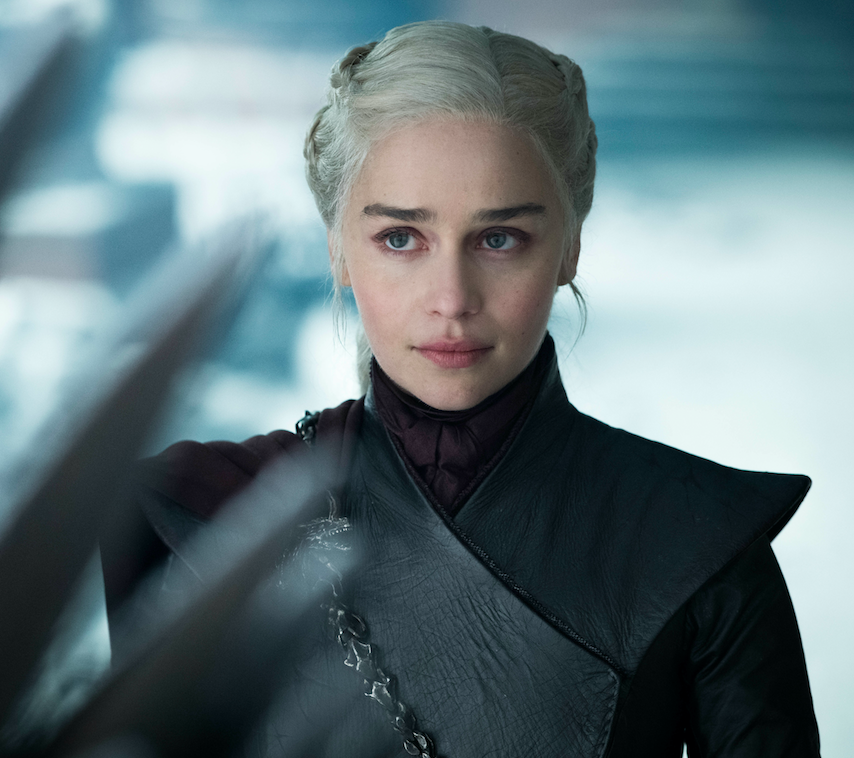 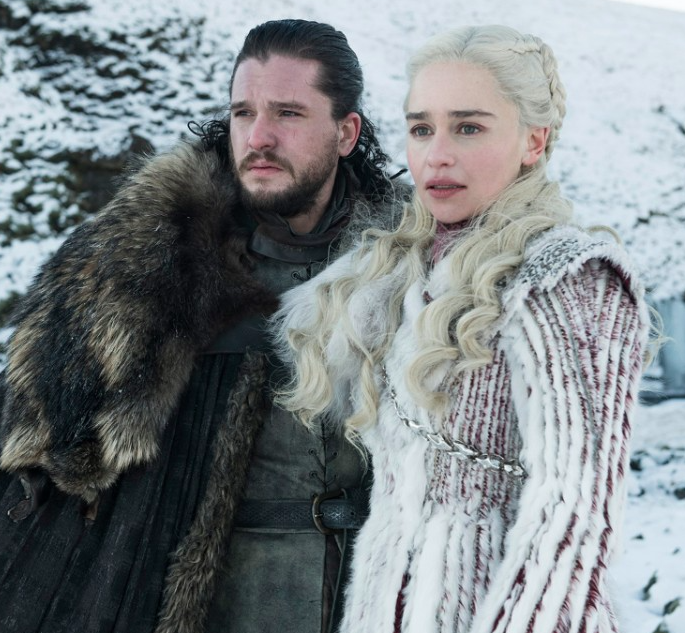 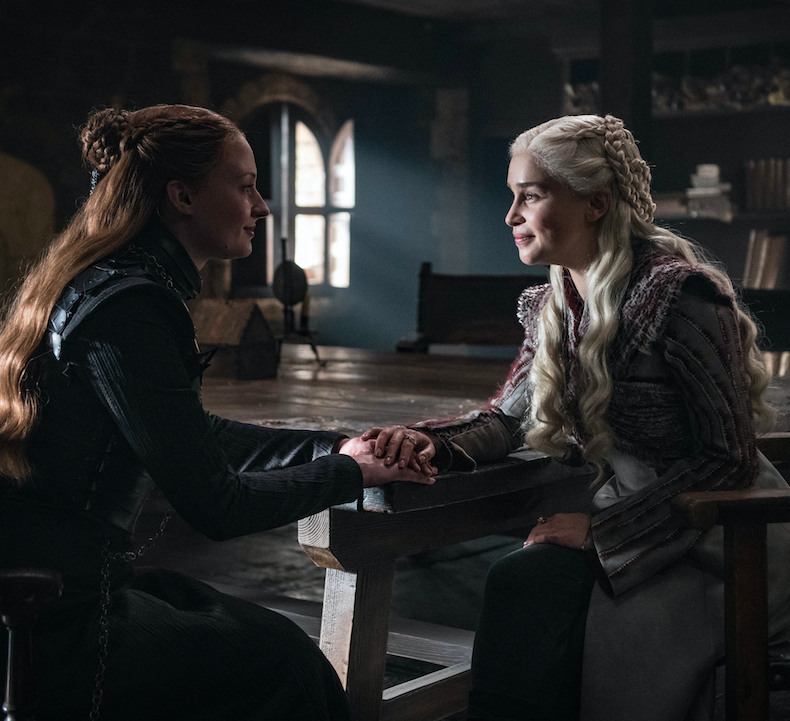 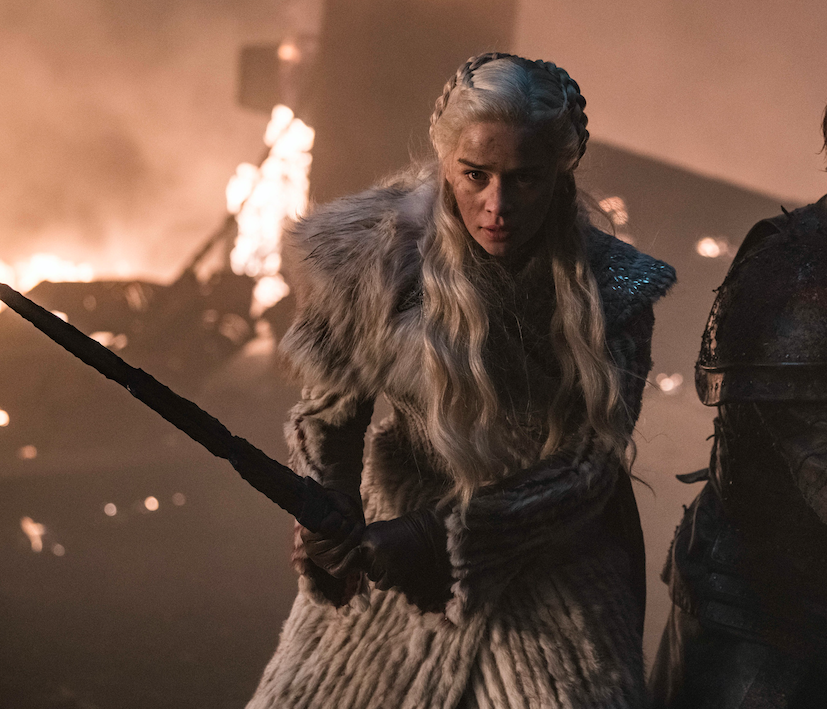 Dying in Battle of Winterfell 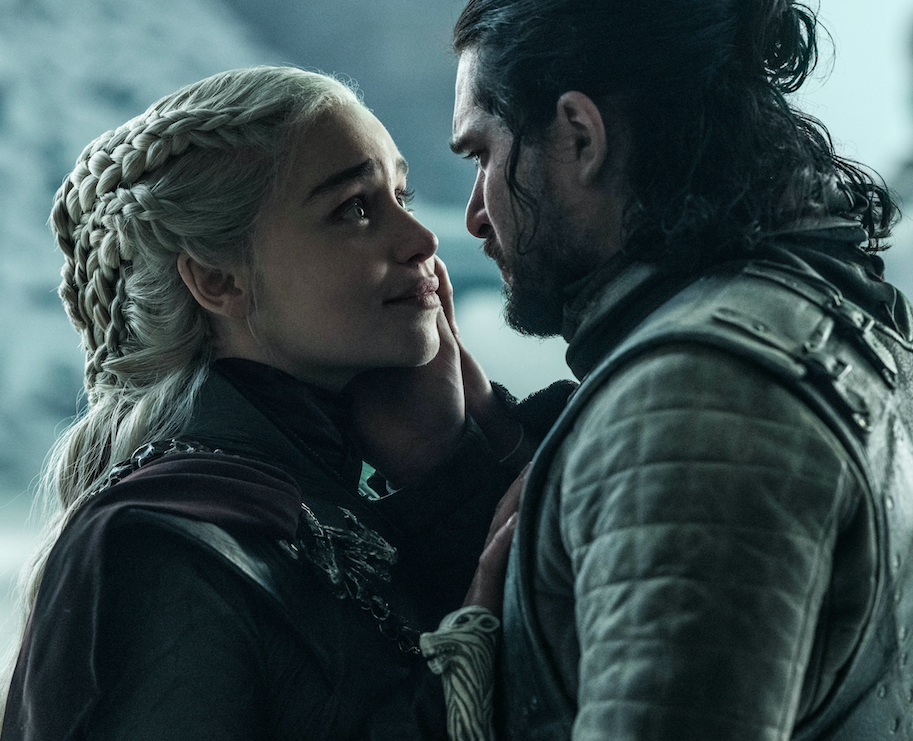 I wouldn't change her ending 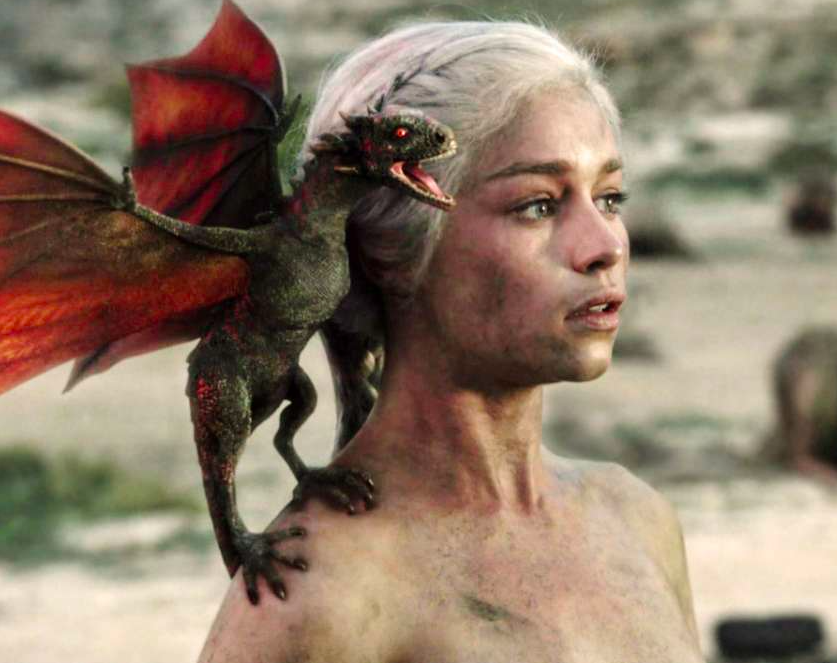 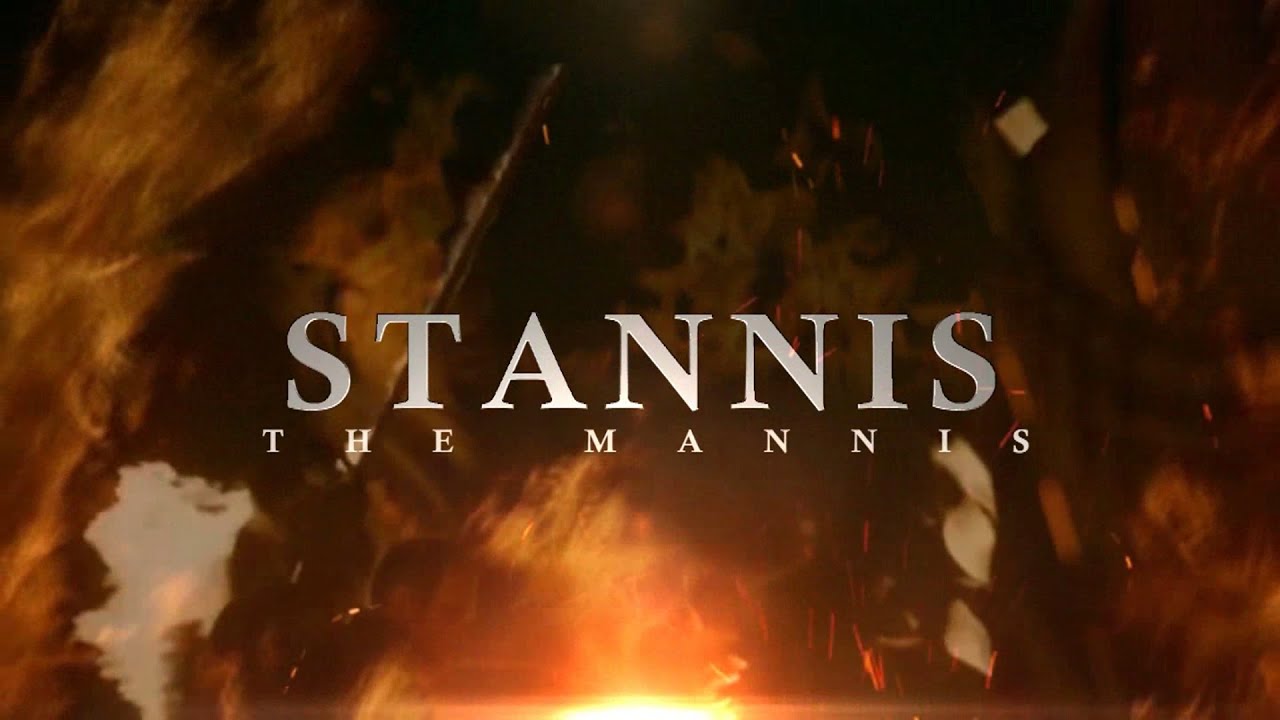 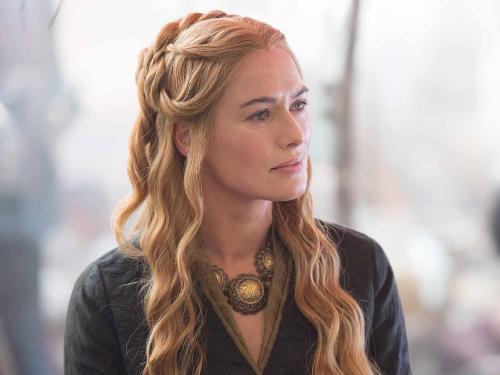 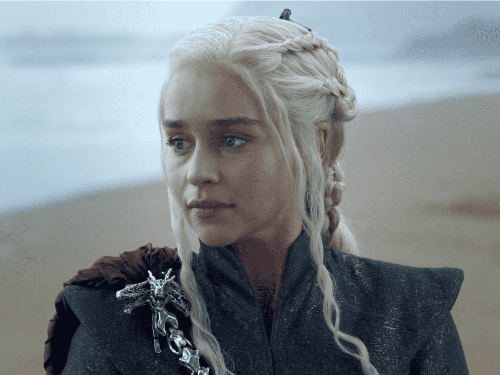 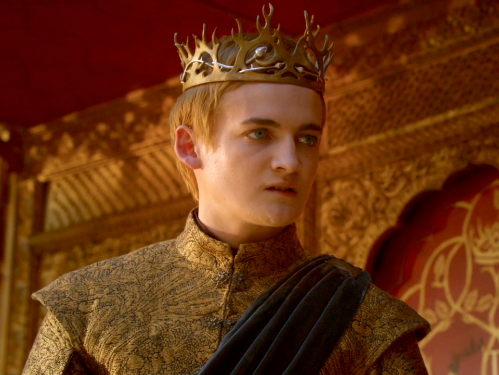 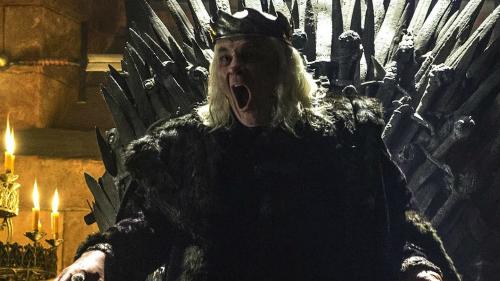 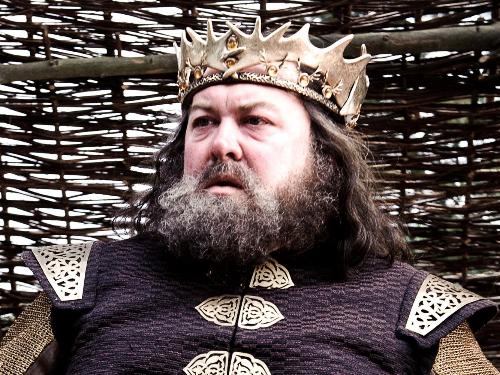 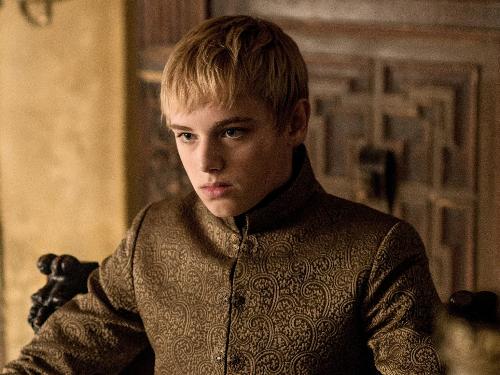 All the previous actions are the same until we get to The Great Council of 305Ac.

Wouldn't it be better if Greyworm took Jon alongside Tyrion at the Dragonpit.He then says that he can free Tyrion but only for Jon's life.At that moment Jon demands a trial by combat.Of course Greyworm dont know what this is so they explain it to him and he agrees.Arya stands up for Jon but he doesnt let her and decide to fight Greyworm himself.Gets his sword back and the duel starts.After a long duel Jon slightly won and killed Greyworm but ofc he is hurt badly.After the battle everybody want Jon as their king but he keeps refusing and still westeros misses a king.A few moments later Tyrion goes to talk to Jon and convinces him to take the throne and finally Jon agrees but with one condition: Tyrion to be his hand.Tyrion doesn't want it but still accept.Then Jon reveals to everybody that his true name is Aegon Targaryan and everybody(except Sansa,Arya,Tyrion,Sam,Bran) is in shock but than Bran confirms it.He gives the North indipedence and Sansa becomes queen in the North.

And in the last 2 minutes of the episodes, beyond the wall you see a dead horse walking slowly which means that white walkers are still exicts.

Viserion was tempered with water after being shot down by the Night King, and died.

Rhaegal was shot down by Euron Greyjoy when Daenerys Targaryen resumed her war with Cersei Lannister, and died before he sank beneath the waves.

With a heavy heart, Jon Snow/Aegon Targaryen drove his dagger through Daenerys’s living heart, awakening Drogon who was sleeping near the rubbles of the Red Keep. With his fiery breath, Drogon burned the Iron Throne until it was nothing but a puddle of molten slag, ending its dark reign and ushered the dawn of a new age.

Dan and Dave were reading reddit fan theories and tried to write something that no one had guessed. What a stupid way to finish the show.

Wanna watch a series go down in flames? Game of thrones season 8 is the viewing experience for you. 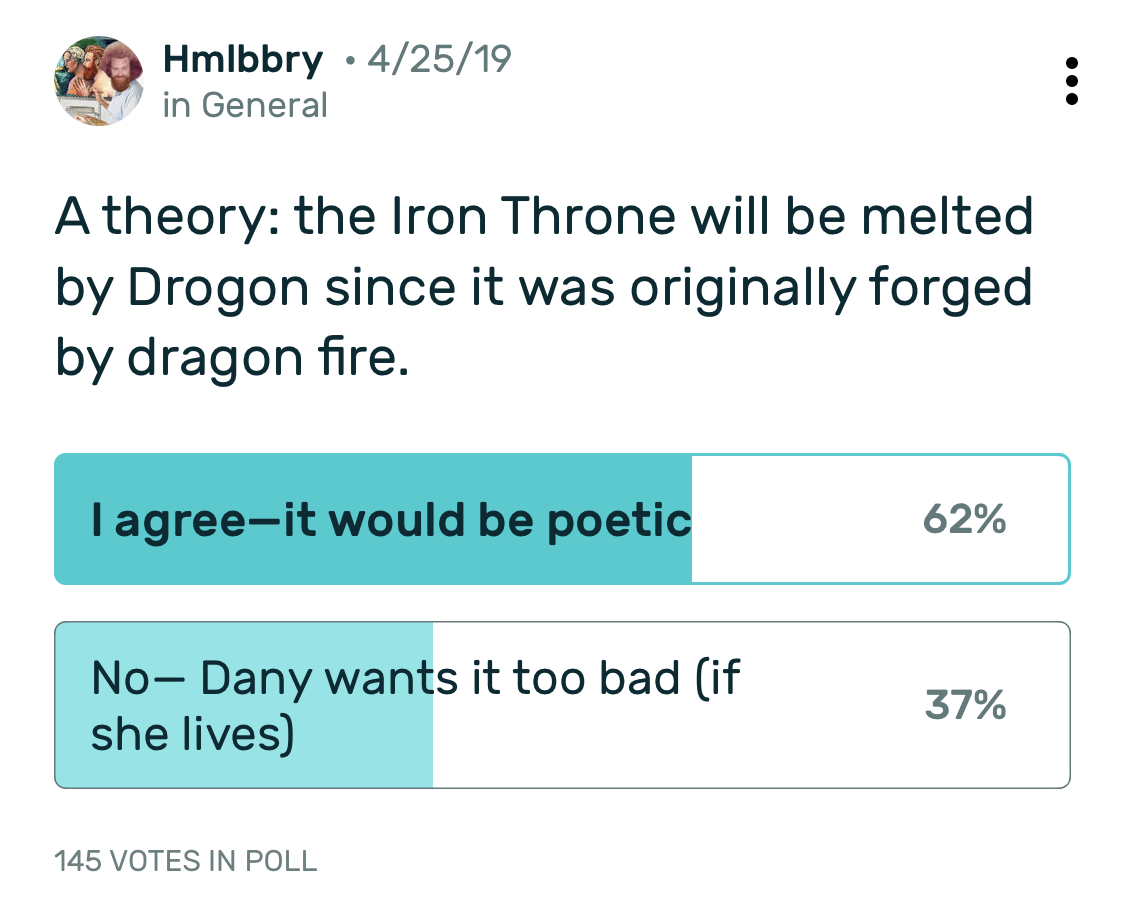 Everybody keeps talking about who will sit on the Iron Throne next. I hope you all realize that's it's buried under tons and tons of rock that will take a person's lifetime to clear away. I might even be all bent from the pressure.

So the answer to who takes the Iron Throne next is: No One

Iron ThroneRed Keep
What was the point of Jon being a Targearyen? Seriously D& D went like, oh that, let’s just ignore it. George R. R. Martin just finish the books so we can see a proper ending please.
Jon SnowIron Throne
How Well Do You Know Game Of Thrones?
4299 takes
(edited by administrators)
Sansa StarkSandor CleganeGregor CleganeRickon StarkIron ThroneWildfire
Aegon Targaryen, rightful King of the Seven Kingdoms
Death at the hands of Daenerys Targaryen
Wins the throne but takes the Black because he ‘doesn’t want it’
Returns to the proper North and reunited with Ghost and Tormund
Becomes Warden of the North
Kills Daenerys and remains King in the North